Hey again. As you can guess from the title, this is the last mini-set/preview of 2019 (#64) – and I decided to go out with a bang and go ahead and do something extra fun. This mini-set features Zayla playing with her pet minotaur, Tiny – (so named because he was quite small for a minotaur when she first acquired him… somewhat ironic now) who has grown quite a bit over the past few years. 🙂 I had always intended for this to be the plan with him (like, starting kind of small and get bigger); although I admit the early version of him from years ago was very… rough. I forget what the problem I had at the time was, but as you can see below – I have corrected all the issues I knew of and I quite like the new/improved version. 😀

As you can probably guess from the preview – there will be assorted minotaur/dark elf fun; check the tags on this post for a slightly better idea of what is planned for this mini-set at the moment. I do not have a total image count yet of course, as I still have most of it left to render – but whatever it is, it will go out to appropriate patrons of mine starting mid-next month sometime. I also wanted to try and get a short story to go with this preview done, but I have had rather bad migraines for several days now – and today is somehow worse than the previous few days… (crazy weather here) so I cannot finish that at the moment. EDIT: The short story is now done – and is in a new post, here: [https://redleatherart.com/wp/?p=2963] I will see if I can come back to that and finish it a bit later, and I will mention it and/or add it in here if so – but we will have to see what happens. I hope you guys like the preview below, regardless. (2/10 EDIT: Second preview added below!)

Other than this, I do still have some more cool stuff planned for the next month or so if everything works out and nothing crazy happens… so keep checking back for that. Have a safe/fun new years, and I will see you guys next year. 🙂

I will end this as I usually do – if anyone out there would like to help support me and/or my work on all sorts of new content; (like the new slave training game I have posted previews over the past few months) and/or perhaps even get access to several of these mini-sets and/or lots of other rewards too, like the other finished story sets, and larger versions of the completed animations I have made/posted, and/or the full games I have also made. (The micro VN and Salune’s Slave Training are still available via my Patreon page… and I am doing what I can on the new game with whatever time I can spare; but I have again been pretty busy this month from all kinds of stuff, both holiday related and not.) But anyways, check out my Patreon page!: https://www.patreon.com/redleatherart 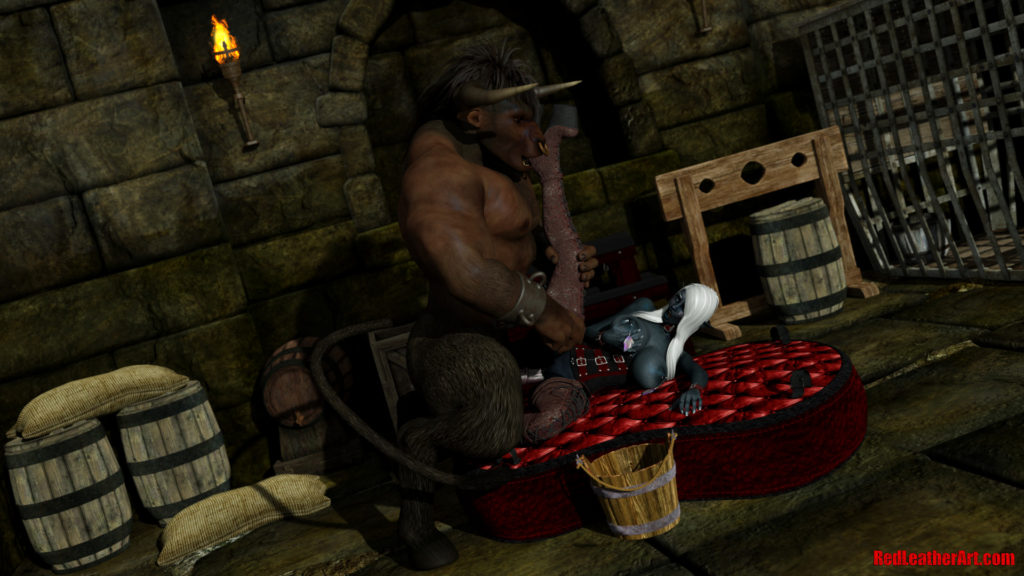 Hi again. Merry Christmas everyone – on the actual day this time. 🙂 As some of you have probably guessed, I am freely releasing chapter two of LITC today for everyone as a bit of a christmas present… so here that is. 😀 Right below this is the original synopsis, pasted for convenience.

In this chapter, Karen explains the destitute situation of the extremely poor who live in the outer docks of the city to James and Tabitha as she takes them to Matt’s last known location – where he was investigating an increasing number of poor women that have gone missing. This is accompanied by visuals of a poor, pregnant half-elf as she tries to find sustenance any way she can; even begging strangers for food… or “milk”. Her request is granted by a kind, dark-skinned sailor who makes her work for her treat; much to both their enjoyment – even if things got a bit rougher than she would have liked. This fun new chapter is somewhere around 30 pages at the moment, I am not totally sure as there are still a few renders left to do and a few others to fix if I can get the time. The plan right now is for me to get this all situated and send this out with the other rewards around next Monday; and whenever that happens I will be back with some update here as well. Besides that, the polls are going well, so keep that up!

Below here are the original LITC 2 previews, re-posted for convenience as well; (two clean, two story) and after the “continue reading” break areas under those is the download link (the password is still “redleatherart”) – so if you want to see more of this new story arc, (it currently goes up to chapter five) or if you just want to help support me and my assorted works, please check my Patreon page! 😀 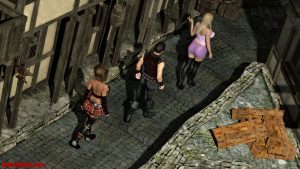 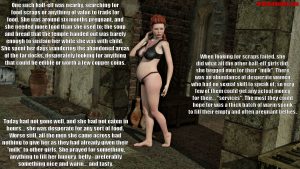 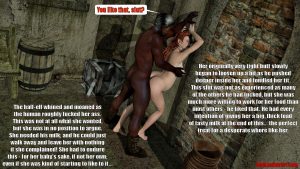 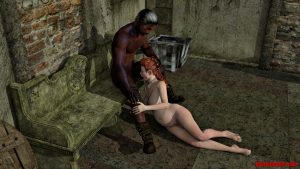 END_OF_DOCUMENT_TOKEN_TO_BE_REPLACED

Hi again everyone, Merry Christmas! Just a quick update here, but as noted in the title of this post, I just finished posting the new DA/slushe stuff – and I also posted that Xmas Bonus render for my Patrons, which features Zayla, who won that poll they did last week. (Not surprising.) I was unable to get a short story bit done for any of the DA/slushe stuff this time around – but there may still be something possible in that department soon, we will have to see what happens. Sometime before the end of the month I will be back here with the new mini-set preview, so do check back a bit later for that; and please do vote in the polls on the right, as there are not many votes at the moment. One last thing before I end this – anyone who reads this might want to check back here tomorrow… just in case. 🙂

I finished that last mini-set a couple days ago and sent out Patron rewards – the mini-set ended up at 24 images, though there are a good number of alternates in there. My patrons also got an additional preview from that, which may get posted publicly later – not entirely sure yet, but probably. I am working on the new DA/slushe images – and hope to get those done over the weekend at the outside, and then do that one Patreon bonus image from the special poll that is currently up on there. (That won’t get posted anywhere else.) I did also post several more images to my pixiv page, and some recent updates to my slushe page – though none of that is new to anyone who checks my stuff frequently… but more likes and such there are appreciated. 🙂

I was considering a few other special things for the current time frame (the next month or so) – and I am still thinking those through… I may still do some of them, but I truly have not decided on much of it. I would recommend checking back here fairly often though – just in case. 😀 Either way, I should be back within a week with something new… and the new mini-set preview will likely get posted late in the month. Happy Holidays, everyone… just in case I am not back before Christmas. (I should be, but just in case.)

Also, I now have a Curious Cat page, here: [https://curiouscat.me/RedLeatherArt] if anyone wants to ask me stuff and has not already done so.

Hi again. Sorry for the gap in posts – I was really hoping to have that last mini-set done by now, but the renders are taking quite a while to do because of the hard lighting/reflections. (Having a lot of fun with it despite it being softcore though.) I hope to have this done within a few days and then move on to the new DA stuff – but we will see what happens. I still have that and the new mini-set preview for December to do… but that is somewhat further complicated by the other new bit below.

Anyways – as you probably noticed in the title, I did add an additional/new preview for that October mini-set (the drider one) back in the post for it (https://redleatherart.com/wp/?p=2811) and/or on the master catalog – so do check that out if you are into that sort of thing. I also did finally upload the fifth anniversary VHQ image to my redbubble… for those who really liked it.

I also am currently hosting a special Xmas poll on my Patreon page for all my patrons – which will decide the subject of a special bonus image that I will make/post for them sometime after the poll is finished, one week from now. (It may or may not actually be done before Xmas – you know how it is…) Obligatory link to my Patreon page, for anyone interested: https://www.patreon.com/redleatherart

Hey again, sorry for the delay in posting these – I am still very out of it after doing so much this past month. As the title of the post mentions, the last polls for 2019 are up on the right, so do please vote in those. 🙂 Both of the new polls are asking about short stories – one asks what they should accompany, if anything (so like a mini-set, or a DA/slushe side image, or even no visuals at all)… and the other asks what topic you would be interested in reading about. So do let me know about that – I plan to do another short story soon(ish) depending on assorted factors.

As for the previous polls – there were not many votes… but people do seem to be interested in more short stories from me; the other two polls were effectively negated by the votes cast. One person said either quality or quantity can work, depending (so no real direction there)… and then one person said my October mini-set (the drider one) was pretty good, and another said it wasn’t really their thing – so there was not much closure in those two polls… but thanks for the votes to those who voted.

I am still considering the sale/giveaway idea – I do want to do something for the holiday/new year time period, even if I did try a black friday sale already. I think I am leaning more towards a new years thing for a possible giveaway… and maybe some kind of sale for the december holidays – I am not totally certain yet. For the few who bother reading this far, there may also be one other special thing happening later this month… we will see what happens. I should be back in a week or so with an update of some sort – I hope to get the mini-set finished earlier than usual this time around, to at least try and get back on track.. but you guys probably know how things tend to be by now, so we will see what happens.