Hey again. I normally try not to do this, but circumstances make this rather necessary. Long story short, my internet connection is having major issues right now and has been for the past few days. I called Comcast several times and apparently service in the area has been having issues for days and for whatever reason nobody investigated this yet. Comcast has no idea what is wrong (no surprise there) and can’t send someone out to check the lines nearby until late tomorrow, which may or may not fix the problem. Since around two days ago, my connection has basically been going up and down randomly, sometimes staying down for hours; and even when it does work, it is usually pathetically slow for some reason.

I am still working on the anniversary set, so it likely would not get done tonight anyway (but it might) – but even if it does get done there is a reasonable chance I will not be able to post it. I decided to come on and let you all know what is going on at the moment since my internet is working right now, and because I have no way to know when it will crap out again. I do hope to be back soon with the anniversary set and new polls, but just in case I am not around for a bit… that is why.

Hey again. Sorry for the slight delay on this; I was going to post it last night but saw one thing in the preview that I needed to fix. Anyway, below is the preview for this month’s new Patreon mini-set for my $15+ patrons; featuring a busty mermaid cheering up a shipwrecked goblin a bit. This is a service themed mini-set, with a bit of titsex, a handjob, and a fair bit of cock sucking; and I think it came out much nicer than I thought it would for assorted reasons. It is currently seven images, but that includes one alternate preview that I plan to post as a DA preview of this mini-set next month. People seemed to like the mermaid image I posted to DA last month, and people did vote that they wanted to see this… so here is a starting mini-set. I need to look into alternatives/fixes to do more than this really; but that is for a far way down the line at the moment.

Side note here: I plan to retire most of the old mini-sets in a few months; which is to say that the $15+ patreon tier will no longer have 10+ mini-sets and the one story set included… it will only have the most recent three. This will not necessarily happen in early January as it did before; it may happen in early December or even November depending on assorted factors. I will not announce exactly when this will happen to avoid having people jump in at the last second – instead, I will say that October is the last month that all these mini-sets will still be included for sure. So if you were thinking about becoming a patron of mine at the $15 tier (or above), sooner will be a bit better than later for a while. It is only right that I cycle out the old mini-sets every once in a while; otherwise it is unfair to my current patrons who support me each month. Most artists do not even include previous month’s rewards as I currently do.

As for other news, I have the storyboard set for the first few chapters of the city story arc and I hope to get an early preview of chapter one ready for my patrons in a week or two; and have the main thing done by the end of next month. I am currently working on the anniversary set and I am trying to get that done by the end of the week. Early feedback for the game has been very positive, which is really nice… I look forward to seeing what others think of it as well. I also plan to post a decent size post early next month discussing a few things about the RTL story arc as well as a bit about the upcoming city arc.

As per usual, if you want to support me and my assorted works and maybe even get access to these mini-sets and/or lots of other rewards too, (including the full 1.0 release of my new game) check out my Patreon page: https://www.patreon.com/redleatherart 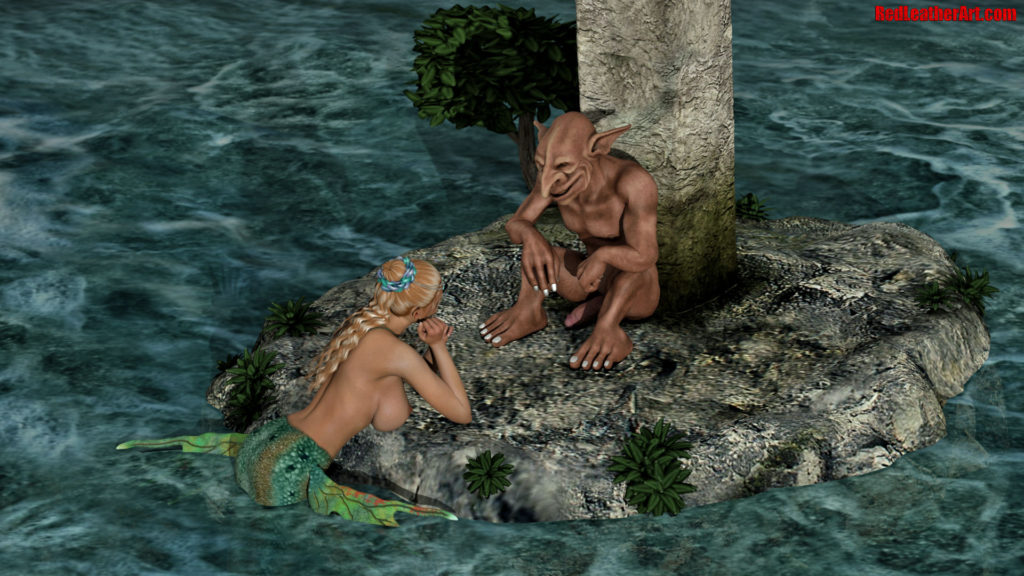 Hey again. The results are in for the third anniversary special poll, and Helenya will be the subject of this year’s anniversary set. I kind of figured it would be her or Lucia; but surprisingly Karen came in second place; which is actually kind of a nice surprise. Apparently the people who cared to vote do actually have different tastes, as each girl got at least one vote. I decided against extending this poll since some people did care enough to vote as it was and it seemed only fair to let that stand if nobody else wanted to bother. Thanks to those who did vote.

So that ten-ish image set will get done sometime towards the end of the month, and I hope to have the mini-set preview for this month’s new patreon mini-set later this week. The one poll remaining still could use more votes and is very important; so more votes there would be nice. So check out the game 1.0 post below if you haven’t yet and check back in a few days for a new mini-set preview!

Hey again. It has been a while since my last post, but for good reason; I went over the entire game last weekend and re-balanced pretty much everything, meaning that it is actually good enough to leave beta now! (I know I said it would be another month before, but I was not planning to do a full re-balance and wanted to avoid it if possible, but for assorted reasons I just did it.) Everything I wanted in the base game is included except one thing in particular I wanted to include that I could not get working in the way I wanted; but if I figure that out in the coming weeks I can always update the game and add it back in. There is so much stuff in this game I cannot even begin to list it all here, but check the tags for an idea of what is involved. (That tag list of content types is not all inclusive, just FYI.) I have posted a handful of event previews before, and some of those are re-posted below along with one new one. The game itself is available to my patrons, at the $8 tier and above. Things actually got pushed forward for once… shocking, I know. Preview images and other info after the break due to this post being massive. END_OF_DOCUMENT_TOKEN_TO_BE_REPLACED

Hi. I am back with the first post of September with the poll results from last time and two new polls, and one of them is the anniversary bonus set special poll! Before that though, the results from last time; one poll asked if people would be interested in a lore/world info page, and everyone who voted said they would definitely be interested. So I will look into this a bit later; but it will take some time so don’t expect this too soon. The other poll asked how often you check this site; and most people seemingly check it around once a week, with a few doing once a month. I tend to post updates once a week now, with some exceptions… but I hope to get back to some small update every few days sometime soon.

Related to that, the new special poll is up for slightly over two weeks and it asks who you would like to see star in this year’s anniversary bonus set; with a choice of the four main female characters that have not yet starred in one: Tabitha, Helenya, Lucia, and Karen. Whoever wins will get a ten(ish) image set made of them later this month, posted for everyone, as before. The other new poll asks which were your favorite chapters of the Road to Lithorca (RTL) story arc, and you can pick your three favorites! While this may be slightly less exciting than the poll above it; is is far more important for assorted reasons. It would be great if a lot of people could pick their three favorite chapters of RTL, and even better if people could leave comments and explain WHY they are their favorites.

I do listen to these poll results and take those and assorted comments/requests into consideration when making new stuff; (I have put in and/or made several things just because someone asked me about it) so this is kind of really important with the completion of the game about a week away. I currently plan to start working on the first chapter of the city arc soon after that, and shortly after work starts on that I plan to make a large post here with some assorted thoughts about the RTL story arc before that gets done (but after this poll is over). So please vote in both polls and/or leave comments letting me know what your favorite RTL chapters were and why!

I will be back in about a week when the 1.0 release of the game is ready and I will have assorted new info and one or two new previews for it, so look forward to that as well.