Hey! As the title suggests, RTL 11 is finally done(ish). I say ish because today has been an absolute mess for me; what I thought would be a quick and easy fix of one thing this morning turned into an eight hour mess I barely got out of. I had noticed an issue in one image earlier that I wanted to fix, but apparently this was just a bigger, more noticeable example of a consistent problem that affected over half the set in some way. I only noticed these small examples of this today, and despite all my best efforts, for most of eight hours I just could not fix it. I was on the verge of just giving up and posting a “previews delayed” message and trying again tomorrow, when somehow my last idea to try fixed everything. Unfortunately, this means I need to re-render most of the set, but I can do that in the next day or so and it won’t be too bad. I am very happy to finally fix this stupid problem that I have been having; so much so that I almost didn’t mind delaying posting this a day just because I could now fix these issues that were bothering me. (I really hate posting things when I know there is something wrong with them.) The last few hours or so were spent re-rendering the preview images, just so I could post this today if at all possible. [EDIT: Apparently I forgot to put the total images on here, so just FYI this set is 46 images; each with a clean and story version.]

Regardless, the previews are below. I really like this set and things get really kinky and fun around the midway point for obvious reasons. I may or may not have messed something small up somewhere, as I was at the end of my rope hours ago and I have no idea how I am still going. As previously mentioned, I will get back on this tomorrow and re-render/fix the other issues. I also am considering adding a bunch of new tags as there are many things included both here and elsewhere that I feel should possibly be noted. Quick side note, I will go over the poll either tomorrow or the day after and post at least one new poll. Anyway, here is the obligatory link to my Patreon page, where the full set will get sent out to appropriate patrons in a week or so when I sent out my reward messages. Anything and everything put forward really helps in many ways! 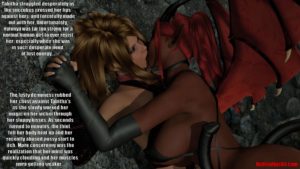 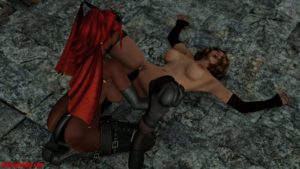 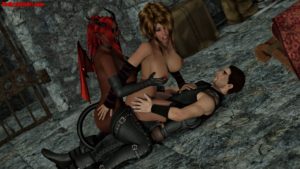 Hi again, Here is the public preview of RTL chapter 11; along with some tags for an idea of some of what will be included in this set. (But not all.) I am still fixing some minor things and adjusting the lighting before doing most of the final renders; so I still hope to have this done around the end of the week. There is still time to vote in the poll as well, so get on that if you haven’t already for some reason. The top voted item will get an additional/extended scene in the final chapter of RTL when I make it in September. (Other high voted things might get worked in to some degree as well, as mentioned previously.)

EDIT 7/30: I was going to post the final previews today, but there is at least one thing I need to re-render and two other small things I need to fix in addition to finishing the general postwork. This wouldn’t be an issue except I had a bunch of real life things that came up earlier that required me to be out getting parts and then fixing stuff, and only recently finished that all up. Unfortunately, I do not think that I have enough time today to get everything done; it may still happen, but it is unlikely. 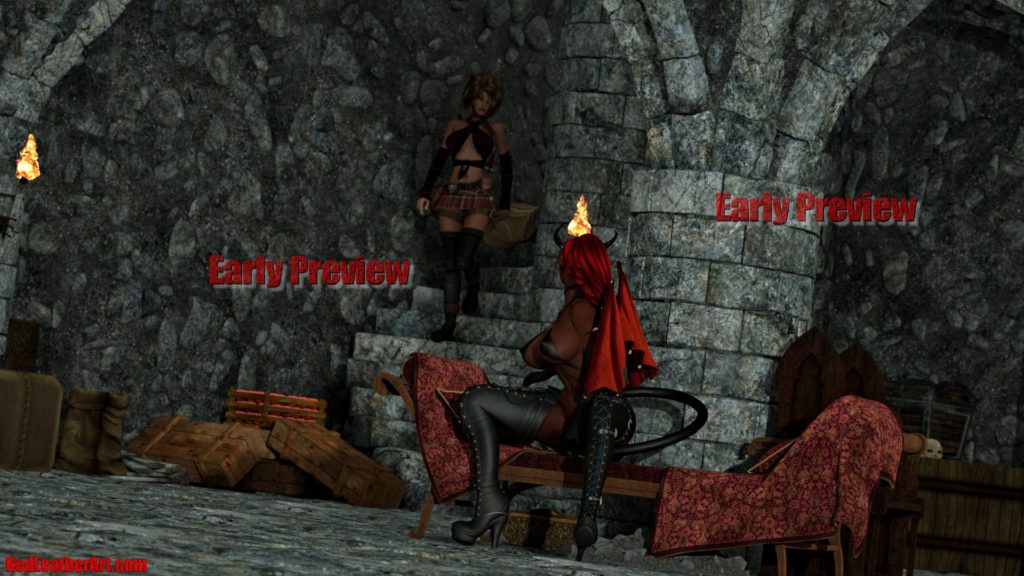 Hey. As you would guess from the title, I have just posted the early preview of the upcoming chapter of RTL to my patreon patrons; and it will get posted here in a couple days. They also already know the main focus of what the chapter will contain; and I think this should be really fun and hopefully everyone will like it. Just in case you forgot and/or didn’t notice before, this is the second to last chapter in the RTL story arc; the poll on the right relates to the final one, that I will do in September. So after RTL is done, I will likely take a little time to work on some other things for a bit before starting up the next main story arc. (As people seemed to want from a previous poll.) I did successfully put a small(ish) VN together earlier; so chances are good that I will be able to finally finish off my original game idea sometime soonish after assorted long delays. Anyway, I will post again in a few days with the early preview here and then again probably towards next weekend with the final previews, so look forward to all that!

Hi again. Sorry for the delayed post but the last two days have been a mess and I only now have been able to finish off the mini-set for the month. As voted for by my $15+ patrons, the subject for this month’s mini-set was “Zayla cosplay mini-set”. The mini-set is six images total, two images each of three different outfits; a preview is below of the first outfit, reminiscent of a certain fighter that shall remain nameless. They will get the whole set at the start of next month.

In other news, I hope to get the early preview for my patrons of the next main set posted near the end of the week, then posted here early next week. My patrons already know who the main subjects will be in the upcoming main set, and it should be quite interesting. The special poll is going rather well, but more votes are always good; there is still plenty of time for things to change completely, should people decide to vote. 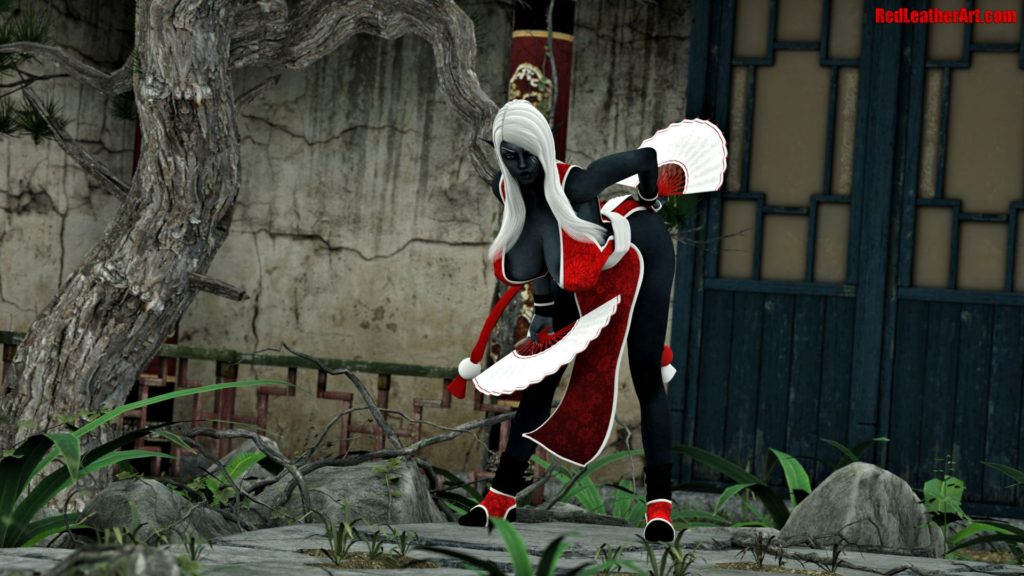 Hi. So as the title mentions, I finished the small VN I was working on last night, and sent it out to my Patrons. (I know it is later than planned, but that is explained in a bit.) This was supposed to be a 5-8 image test VN made mostly to test out the entire process before I make anything larger. Somehow last week I ended up expanding the VN until it became it’s current 23 images; so it isn’t that small anymore. It is essentially five mini-sets strung together in game form with a few choices thrown in. The basic story is that you control Elare the elf on her way back to her village, and assorted things can happen along the way.

It has a little something for everyone, and does feature a good end and a bad end currently. (The good ending is pretty much nothing though; I figured nobody would really bother with it and I had to stop myself from expanding this thing any further.) There are a ton of tags on this post showing some stuff that is in the game, along with a couple preview images below. The VN also has a cg gallery (for stuff you’ve seen) and some music thrown in. I will revise it later this month to fix a few small problems that remain, and possibly to expand the dialogue in spots; but that is not certain. If you want access to this, and/or want to support me making more renders/games like it, check out my Patreon page! 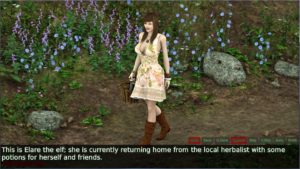 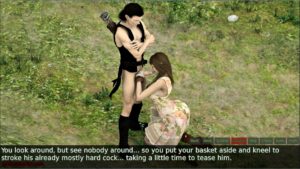 Hi again. I totally forgot to mention the new polls last time and will get that all situated now. As for the old polls, votes were low; but many thanks to those who bothered since I used both of these essentially as they were going, since the results were semi-conclusive. Most people clearly want music and sound effects in adult games, with only one preferring sound effects only and another for no sound at all; so that will likely happen and I will throw some sound in the tiny VN I am making if time allows. I will likely make options to disable either or both though, as I had a friend get into a hilariously awkward situation while doing some things on a library computer in college; so better safe then sorry.

The other poll asked about buying image sets from assorted places, and the few votes cast essentially were “meh”; voting for heavy discounts and sometimes. with one never. As mentioned previously, I would only post my (already free) story sets on those sites for advertising reasons, and I have no intention of actually going full retail in the foreseeable future. Unfortunately(ish), apparently renderosity requires story sets posted to be in PDF format; and I hate PDFs with a passion. (Thanks for nothing yet again, Adobe.) I could do it I guess; with foxit or something, but I am not sure at this point so I will have to revisit this in a while. Also there is a new SPECIAL POLL up now, asking about your preference of an extra scene in the next (not this month) and final chapter of the RTL story line; there are multiple options, and the winner will either have an expanded scene (if it already existed) or a scene added. I know this is a month early, but there is a separate poll I want to do next month, so I wanted to post this now to spread things out a bit. I think that’s it for now, check back toward the end of next week for a public preview of the tiny VN!