Hi again. I wish I had something a little more visual to show right now, but as mentioned last time – I have only had limited time/ability to work this past week due to some minor back issues that I have had to keep from getting worse. (It hasn’t, and it seems to be almost better now – so mission accomplished.)

Long story short though, it appears that the one nice thing I have been working on adding to the game might finally get worked in – at least partially. (I can’t say for sure yet, but it seems to be like 90% certain at this stage based on recent emails… so probably.) Besides that, I have expanded the opening to the game to explain the main characters a bit more and added one new remake/revisit image to it from my fourth(?) ever image set… that one where Zayla found Salune. I also am in the process of finishing two new/different graphics for the night choice… and trying hard to resist expanding that bit as I originally planned way back whenever. For non-game related stuff, I am hoping to get a new animation done before rewards go out in a week and a half or so… but depending on how this other crap with the game works out, that may get bumped if need be. (I will try to get it done anyway, but I do not like to promise things that may not happen – but it will likely get done and a preview posted in the next week or so.) My patrons know of one other thing I was looking in to, but that likely will not get finished now, so I won’t even mention it here.

I will be back again sometime in the next few days with new polls and the results for the old polls as well as a bit more information about what is coming next month… and with luck a preview of a new animation if time permits and if everything behaves itself. I should have a bit more time available starting next week… so I will see how that goes.

In regard to upcoming stuff, I will see what I can do these next few days and be back later this week with a status update at the minimum.

As per usual, if you would like to support me and/or my work on all sorts of future content; and maybe even get access to these mini-sets and/or lots of other rewards too, like the larger versions of the animations I have made/posted and/or the full games I have also made – check out my Patreon page: https://www.patreon.com/redleatherart 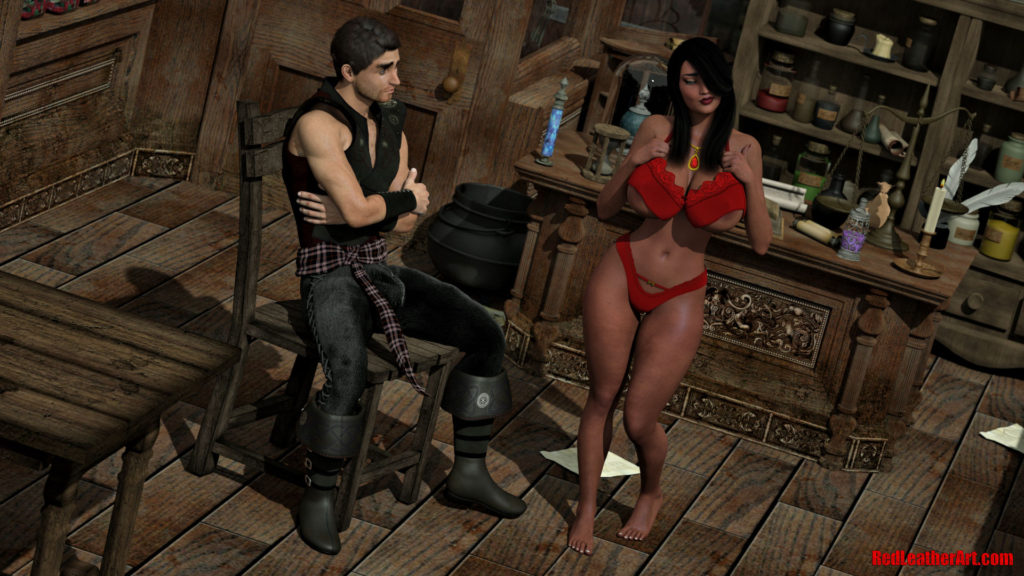 Hey! Sorry this is rather later than I had hoped but I ended up re-rendering most of the story set yet again for reasons that should never have happened, and frankly I am not sure how it even did. However, I did end up adding an extra 50% to it though; it went from I think 32 originally to 46 total now. So that likely all came out for the best in the end; that story set was fun to do even with the assorted messes. That new story set and everything else from before was just sent out to appropriate patrons of mine; and now I can work on the new things I had planned for this month, finally.

I am hoping/planing to redo/expand the intro for the game; as well as add in something else if that gets done in time. I may also try another animation… it just depends what I have time for and how the game related plans work out. I also hope to be back next week sometime with a new mini-set preview as well as some sort of update.

The polls are going rather well, so keep that up and do get your votes in if you haven’t yet. I should be back sometime next week with some update.

Hi again. Sorry this is a bit later than I was going for, but I had to change out a building in the scene and redo many of the renders because of that. Regardless, the public previews for Life in the City chapter three, “Elf Hunting” are below; and the full story set will go out to appropriate patrons in a week or so. The chapter centers around the pregnant half-elf from the last chapter who runs across a certain someone who is looking to acquire slutty girls like her. Helenya has a bit of fun with her… and I do rather like the results. The set is currently 30-something images of non-con turned semi-con fun, but that total is semi-uncertain as I still have like half the renders to do/redo… so that may change a bit as usual. I hope you all like the previews, and I will be back with an update of some sort hinting at what I have planned for later this month; that should be sometime early next week whenever I get this done and send out my Patreon rewards!

In the mean time, do go ahead and vote in the polls on right if you haven’t done so, and also check out the demo for “Salune’s slave training” if you haven’t already! (Download link is up in the game preview gallery as well as a few posts back.)

So go ahead and check out the previews below (two clean, two story) and if any of that interests you, or if you just want to help support me, please check my Patreon page! 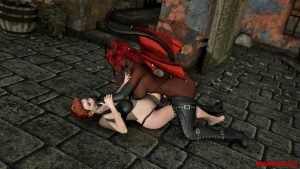 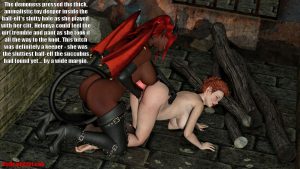 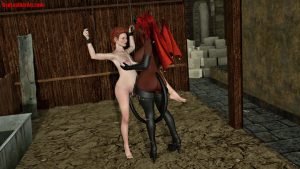 Hi again. The old polls are over, and the new polls are up; so check those out if you haven’t already! As for last month’s polls, people seem to greatly prefer fantasy settings, which is to be expected – with a vote or two for modern, sci-fi, and historical. Another poll asked if you would be a well behaved sex slave for Zayla – unsurprisingly most people said they wouldn’t as they prefer to be in charge. (A few did say they would though.) The last poll was a fairly even split and somewhat inconclusive; it asked what type of game you prefer from the selection given and while the choose your own adventure option did win by a decent margin, the other options were only a vote or two behind. (Less people voted in this poll for whatever reason; which is strange.) So it would seem people want puzzle games and/or choose your own adventure style stuff; and less dating sim type things – but this is all rather close regardless.

Anyway, the new polls are up and there are three different ones – two normal ones and another fun one. The two normal polls ask how you liked the demo I put out a while ago and what your thoughts on beta versions of games are. The fun poll asks what your dominance preference is in real life vs what you prefer online/otherwise. So let me know about all that and I hope to be back in a couple days with the public previews for LITC chapter 3; my Patrons already have a pretty good idea of what the set will feature… but it will be revealed soon enough.