Hi. As the title suggests, this is just a quick update to let you all know that I have sent out a preview of the main character in the upcoming small VN I am working on, along with some additional information on the story and how it will operate. My patrons will also get an event preview early next week, and then I will post some sort of public preview here sometime late next week; around when the game is finished and actually gets sent to my patrons. Overall, I really like how this is coming along and I think it will be much nicer than I expected.

Hi. So it’s been a while since I’ve posted here, mostly due to me being overly busy and not being able to get much done during the week; so there wasn’t much to mention in an update. Honestly there still isn’t much to show yet given the nature of the project that I am working on and the general lack of time I have been dealing with. For what it’s worth, I am working on a micro VN right now, and I really hope to have some graphical previews for my patrons in the next few days. Unfortunately, the majority of things I have done so far (and indeed will do at all) are not things that would be in any way exciting to look at and/or would be massive spoilers; so I can’t use them for previews. Another thing to note is that the game features different, mostly one-off characters unless some prove really popular when it’s done; in which case I might bring some back later on somehow.

Only one of my permanent characters is planned to show up in the game, who that is will remain a surprise. A final thing to note is that whatever game I make here will be available to my patrons only for the foreseeable future; I have no idea how long it will end up being, the content types available or anything else yet. I have a big list of stuff I want to include but it all just depends on the time I can get to finish all this in the next two weeks or so. I am also going to work on it right up until it gets sent out, for polish if nothing else. If I can manage to get the Patreon previews up in a few days, there should be something posted here as well around the end of the month. The polls could use more votes as well; one of them I am planning to take into account with this project if I get enough time to work in more than just basic music and such.

Side note, I also am currently trying to fix a final image for DA; which I hope to finally post all this stuff I made over the last few days on there either late today or tomorrow. EDIT: Those images are done and are up on DA now; I really like them and you should check them out if you haven’t already.

Hi again. As the title suggests, I just finished the mini-set for the month and it is five images of Salune aggressively breeding a captured half elf priestess for Zayla. I originally started making something different, but didn’t really like how the first scene came out so I scrapped it and made this one instead. (Which is part of why it took this long.) I essentially felt that I haven’t done a futa set for a while so here is a mini one.

I am hoping to get the new DA images finished over the coming weekend, when I actually can get more time to work on all this. (The weekdays have still been rather rough in terms of spare time.) I will try to post some kind of status update next week; but as I said before I do not think there will be any public previews of the main item until the last few days of the month; I want to put as much into this as possible within reason. So please vote in the polls if you haven’t and check back next week for an update on how things are going. 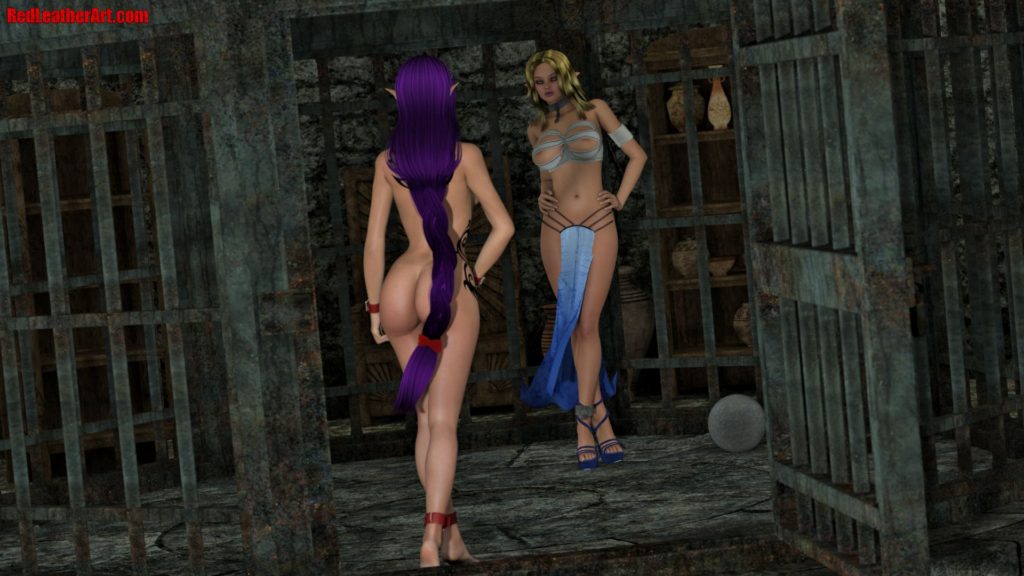 Hey. As the title suggests, and as many of you have probably noticed, I have yet to post any new content yet due to some real life crap and me adding to/fixing RTL 10 again. The final set ended up being 41 images, each with a story and clean version. I think it is a really fun set and I sent it out along with the other appropriate content to my patrons a short while ago. Apologies to my patrons for the slight delay there, but since RTL 10 is now 33% larger (and has some new tags/types of content in it), I think it was worth it; hopefully you will all agree.

Back to the general content topic, I need a few more days to get either the mini-set and/or the DA images done since I have spent the last three days (which was all the spare time I had last week) on fixing RTL 10 again. So if nothing else happens I should get something up in a few days. Also, the polls could really use some more votes; the top one has over double the votes of the bottom poll for some reason. These polls help me know what you all want and are basically all the feedback I get from most of you; so more votes would help. As for the main content item this month, don’t expect much here before the very end of the month; I want to give that as much time as I can for assorted reasons. (Patrons know the plan already and will get more, earlier previews.)

Hey. I am back with the poll results, plans for this month, and new polls. First off the previous polls only got ten or so votes each; but at least the results were clear. People seem to either like or not mind the idea of more major characters, which is good since I have a bunch of newer ones that will get introduced at the start of the next story arc. (Patrons know some already.) The other poll asked about comedy, and most people seemed to be ok with it or like it; only one person said they weren’t a fan, so that is good to know. Nobody bothered to really vote against either poll so things seem like they will work out.

As for the main content plan this month, I have something special planned which may/may not be a surprise; though my Patrons already know what it is. I will do the DA images and the mini-set for this month in the next week or so and then use what time I have left for the other thing. I will post multiple previews on my Patreon, but there will be one here sometime after I mention that I am starting work on it. I think everyone is going to like it, but only time will tell. Also there are two new polls up, one asks how you feel about music/sound effects in adult games; and the other asks how often you buy adult image sets. (I fully intend to stay with my current Patreon based system, but I am considering making a few paid sets just to get my name on some of these sites.) So check those out and check back a little later for some kind of new content!