Hi again! I did manage to get the preview for the new mini-set ready in time, and it is a softcore/solo set featuring Tabtiha! I decided to tone things down quite a bit after the last few mini-sets to give things a bit of a break – especially after that darker October one. (It has also been ten mini-sets since my last (patreon) solo set, (the anniversary one doesn’t count… I always try to balance the mini-sets independently of other content) so here that is. So… this is just a sexy/cuddly little mini-set in which Tabitha is over at one of Karen’s friend’s/client’s mansion, and decides to take the opportunity to utilize her expensive and cutting edge bathtub while Karen and her friend are… “playing” – as it is far better than what she usually gets to use, and it even has a nice view of the garden!

I do not know how many images this will be in total yet, but it will likely be a bit lower than the 30 ish I have been getting the last few times; however, I have said that before and failed to scale it back properly…so who knows. Tabitha is also here with her hair down, as she has been once or twice before, and there are many other fun/new things at play here – like the rubber ducky. I may even stick a little extra thing in near the end of this mini-set… but I won’t be able to even decide about that until later when I am almost done with the set. 🙂 [EDIT: Second preview added below! :D]

So… as always – if anyone out there would like to help support me and/or my work on all sorts of new content; (like the new slave training game I have posted previews over the past few months) and/or perhaps even get access to several of these mini-sets and/or lots of other rewards too, like the other finished story sets, and larger versions of the completed animations I have made/posted, and/or the full games I have also made. (The micro VN and Salune’s Slave Training are still available via my Patreon page, I am doing what I can on the new game with whatever time I can spare, but I have been extremely busy this month from all kinds of stuff.) But anyways, check out my Patreon page!: https://www.patreon.com/redleatherart 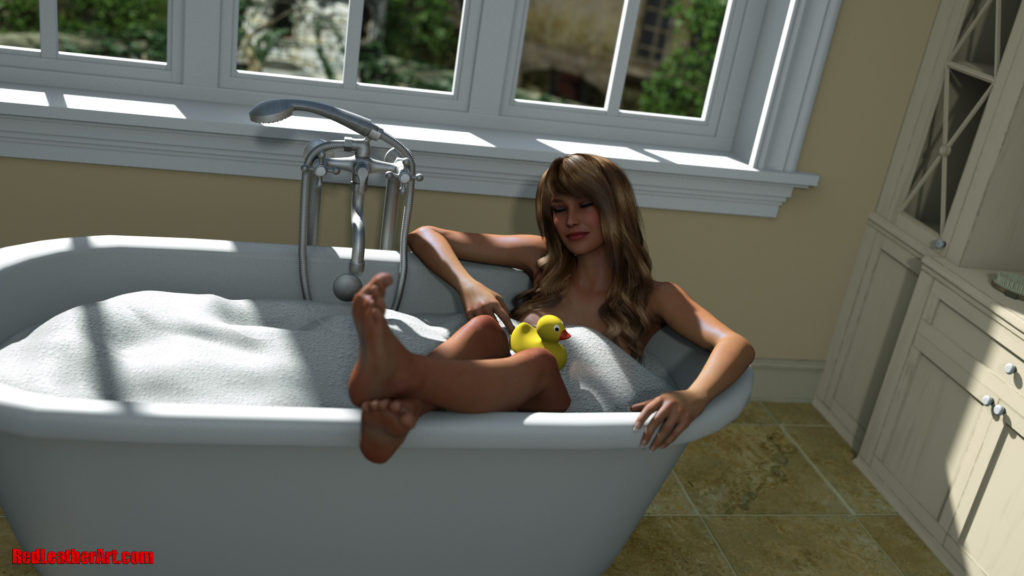 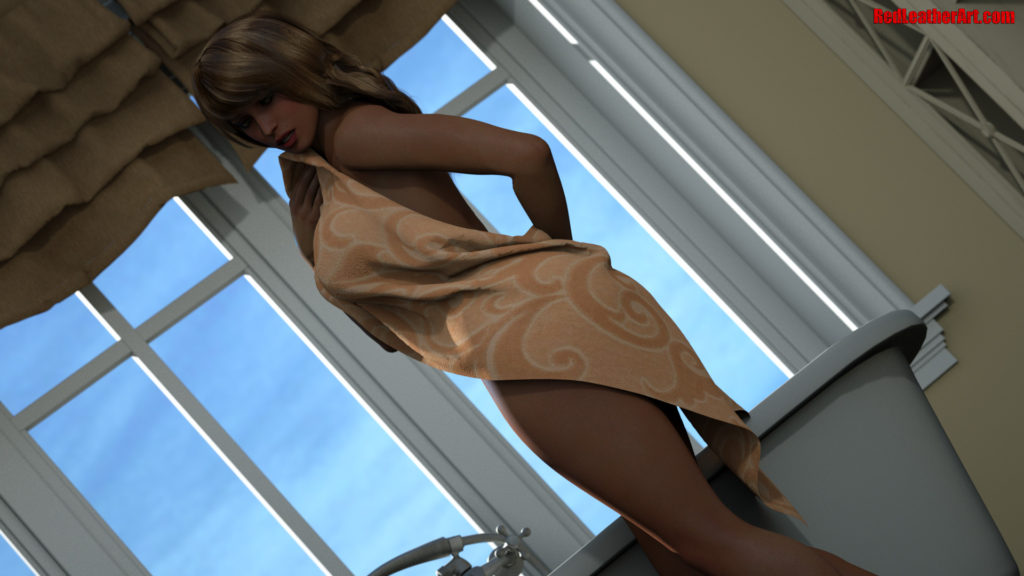