Hey again. I have returned with the new preview for this month’s mini-set… a preview which features one thing I have not done before – by insistent request of a friend of mine who is apparently into this. As you have probably seen by the preview below, this mini-set centers around Zayla toying/playing around with one of her elven slave boys… and at least in one bit of this, uses her feet to do so in a POV style render. That is not the focus of the set – is is more of a femdom/regular sex thing with a bit of POV thrown in here and there; but as I mentioned above, I was begged (for quite a while) to have this footjob scene done at some point – so I put it in here as the preview… since I figured why not. (He specifically wanted it to be Zayla doing it… preferably in POV style – and I was planning a mini-set with her anyway; and I guess it does kind of fit her style/tastes – if any of my characters… so here that is.) The rest of this mini-set is more what you would expect from me… as you can see by the tags; but again, I figured that this would be an opportunity to throw in something a bit different for the previews… and perhaps throw the handful of people that this type of thing appeals to a bone of sorts. (I know this did not rank highly in the fetish poll, and it does nothing for me really; but much of that stuff I have done to at least a minor extent… and this I had never done at all – so now that can no longer be said.) The mini-set is currently eight images, although that may go up before it is sent out to appropriate patrons sometime early next month as per usual.

Once again, a reminder that the mini-set tier on my patreon page now offers the current new mini-set for that month, and the three mini-sets prior to it – so it changes each month. Also, a reminder that my oronjo page will close at the end of this month sometime… so if anyone wants any of the old mini-sets, now is your chance as I have no set backup plan for that at this time. (I am looking into assorted options, but have not found anything concrete so far; but I have been quite busy with real life stuff this week.) I also am still having that 15% off commissions above the base price sale until the end of this month – which means commissions paid for by the end of this month qualify; so check my commissions page up top of that interests you. 😀 As for upcoming stuff, I hope to have the current set of voice acting bits finally done soon; but that is not something I can control. I will see what I have time for beyond that in terms of work on the new game… but I do plan to get that last update done for SST before that if I get the voice bits for it. I should have some kind of status update posted sometime before the end of the month.

As I generally end these with – if any kind/awesome people out there would like to help support me and/or my work on all sorts of cool new content; (like the new slave training game I have posted previews of a couple months back) and/or perhaps even get access to several of these mini-sets and/or lots of other rewards too, like the larger versions of the completed animations I have made/posted and/or the full games I have also made (the micro VN and Salune’s Slave Training are still available via my Patreon page, I have recently restarted work on my upcoming game once more and hope to have a beta of this newer slave training game within a couple months; but we will see what happens – anyways, check out my Patreon page!: https://www.patreon.com/redleatherart 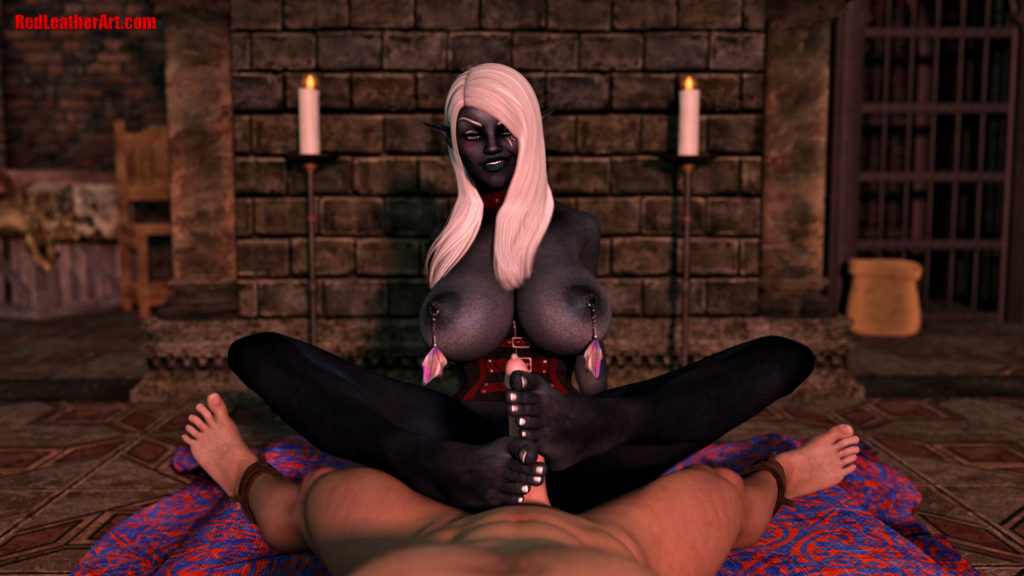