Hey again. It has been a while since my last post, but for good reason; I went over the entire game last weekend and re-balanced pretty much everything, meaning that it is actually good enough to leave beta now! (I know I said it would be another month before, but I was not planning to do a full re-balance and wanted to avoid it if possible, but for assorted reasons I just did it.) Everything I wanted in the base game is included except one thing in particular I wanted to include that I could not get working in the way I wanted; but if I figure that out in the coming weeks I can always update the game and add it back in. There is so much stuff in this game I cannot even begin to list it all here, but check the tags for an idea of what is involved. (That tag list of content types is not all inclusive, just FYI.) I have posted a handful of event previews before, and some of those are re-posted below along with one new one. The game itself is available to my patrons, at the $8 tier and above. Things actually got pushed forward for once… shocking, I know. Preview images and other info after the break due to this post being massive.

For those of you who either do not know or do not remember what this is about, the game is mainly futa themed and focuses on Zayla’s initial slave training of Salune. There are all sorts of training options (16 total at the moment with at least four variations each) to increase her various stats, and each option has at least four cg/scene variations. The goal is to get all of Salune’s stats as high as possible in two weeks, so the idea would be to balance different options as best you can; or I suppose you could just do events you like and see how well that goes. The game isn’t all that big, (70+ scene images though) but it is meant to have a bit of replay value since you cannot possibly see every scene in one play-through. There is a cg gallery for images you have already seen, and five different endings depending on how good/bad a job you do.

This is my first real attempt at a game, (That micro VN I made last year is also still available to my patrons, but I do not count that as that was only supposed to be a basic systems check before this new game and was never meant to get as big as it did.) and I at least hope it is decent; but I have yet to get any real feedback. (Working on getting some though.) I plan to address any issues with the game as it is and hopefully add to it down the road if people really like it; and I don’t just mean new training options, (though that is the main expansion option) I have all sorts of plans/options in that regard… but again, that requires interest/support from all of you.

In the end, I hope this was worth the time it took to make, but only time will tell. I have many other ideas for adult games that I would like to try (again, these are things I can actually do) but I likely will not attempt anything else anytime soon unless people really like this first real attempt… or at least like it enough to tell me and/or support future projects. Honestly, this is basically a full prototype for a much larger slave training game I would like to do down the line somewhere… (not one based on a single character, but a larger game with many,many more and different options) but that is a story for another time.

On the topic of interest/support for my work, votes in the polls aren’t great considering one is for a free image set; I would think this would interest people at the very least and yet there are only six votes with half a week left… I may extend it, I do not know yet. Things are not particularly encouraging as it is. I plan to be back sometime early next week with either the special poll results and/or the mini-set preview for this month. 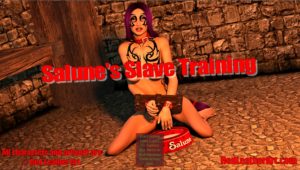 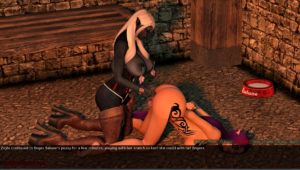 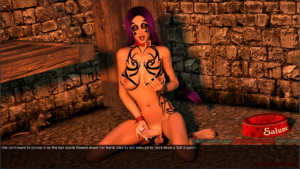 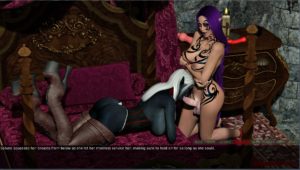 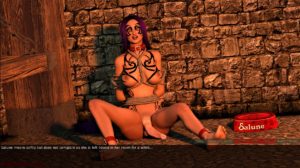 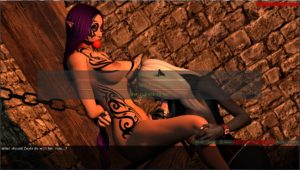 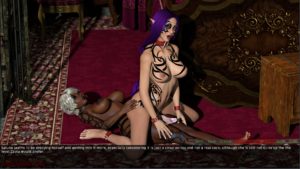