Hey again! Sorry for the delay on this, I was going to post it all last night but I saw something in the mini-set preview that I had to fix – and decided to delay posting this to do so. (I did post the new Halloween image to my Slushe and DA pages last night though.) Happy Halloween everybody! (EDIT – 12/13: There are now TWO previews below!)

Anyways… I am sure you are all eager to see/hear what the new mini-set for the month contains; and I decided to go ahead and stick with the Halloween (ish) theme for the month and do one of the many things on my list of cool ideas to do mini-sets of. There is still one thing I wanted to fix in the preview, but I had to just post this now as I am basically out of time and I am also at the point where I am doing more harm than good by continuing to mess with it. I am quite pleased overall with how this came out though. I can’t quite recall if this is my darkest image set (mini or otherwise) to date or not – (in terms of content) but I think it must be pretty close if not. (In other words, this is kind of dark, and you were warned; though allegedly people preferred this type of stuff.) Not actually a huge fan of stuff this dark myself… but it’s Halloween, so I figured – fuck it.

This mini-set is a semi-spooky/horror themed one, featuring one of many new monstergirls that I have wanted to try out (people allegedly wanted these fairly bad) – a drider! The sexy drider in the preview below has brought a freshly captured female elf to her dark lair and is very eager to pump her full of eggs. 🙂 She bites her prey and injects the elf with her special venom, which dramatically weakens muscles and dulls pain… but also greatly increases sensation – in order to let her feel every inch of the drider’s huge ovipositor as it fucks her mercilessly and fills the elf’s pussy and ass full of thick green goo and round eggs. The poor elf has both her holes fucked harder and stretched wider than she has ever felt before; so much so that she nearly loses her mind to the pleasure she experiences… mostly due to the pleasure-enhancing venom. Her prey is positively stuffed with eggs by the end of the night; at which point she is permanently webbed up and put aside as the lusty drider goes out to find more victims – and waits for her current batch of eggs to hatch.

I have no idea how many images this mini-set will end up being in total – there is still much left to do on it; but I will do the best I can, as always. (I am rather drained at the moment though… and I have the anniversary mini-set to do as well.) Whatever this ends up being in total, it will go out to appropriate patrons of mine sometime mid-next month. (I plan to try and get the anniversary mini-set done early next week and then come back and finish this.) As for the other previews, I will post those over the next few days, along with the new polls. I plan to take tomorrow off, as I am just fried at the moment – so I will likely be back in a day or two.

So… as usual – if anyone out there would like to help support me and/or my work on all sorts of new content; (like the new slave training game I have posted previews over the past few months) and/or perhaps even get access to several of these mini-sets and/or lots of other rewards too, like the other finished story sets, and larger versions of the completed animations I have made/posted, and/or the full games I have also made. (The micro VN and Salune’s Slave Training are still available via my Patreon page, I am doing what I can on the new game with whatever time I can spare, but I have been quite busy this month from all kinds of stuff.) But anyways, check out my Patreon page!: https://www.patreon.com/redleatherart 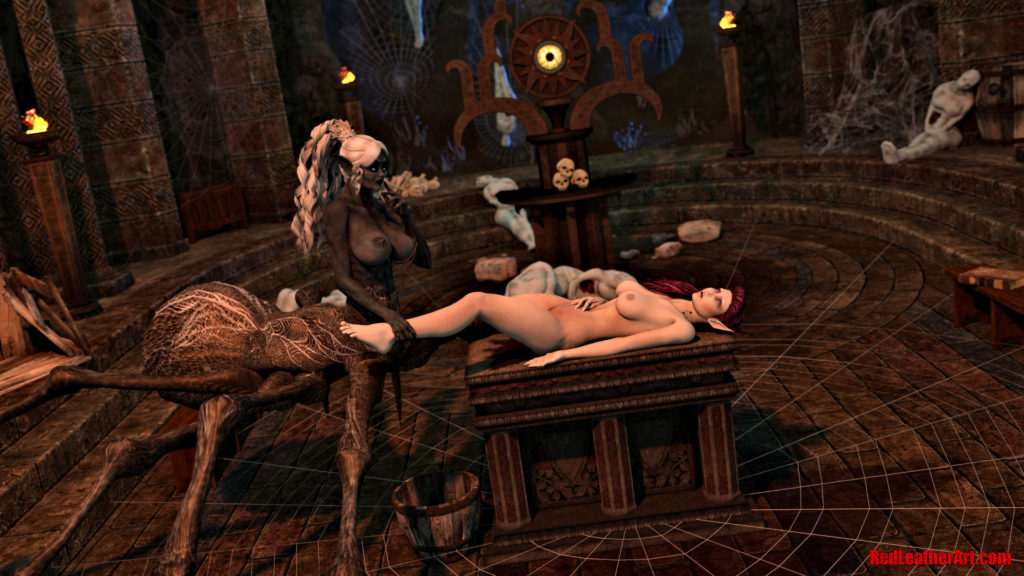 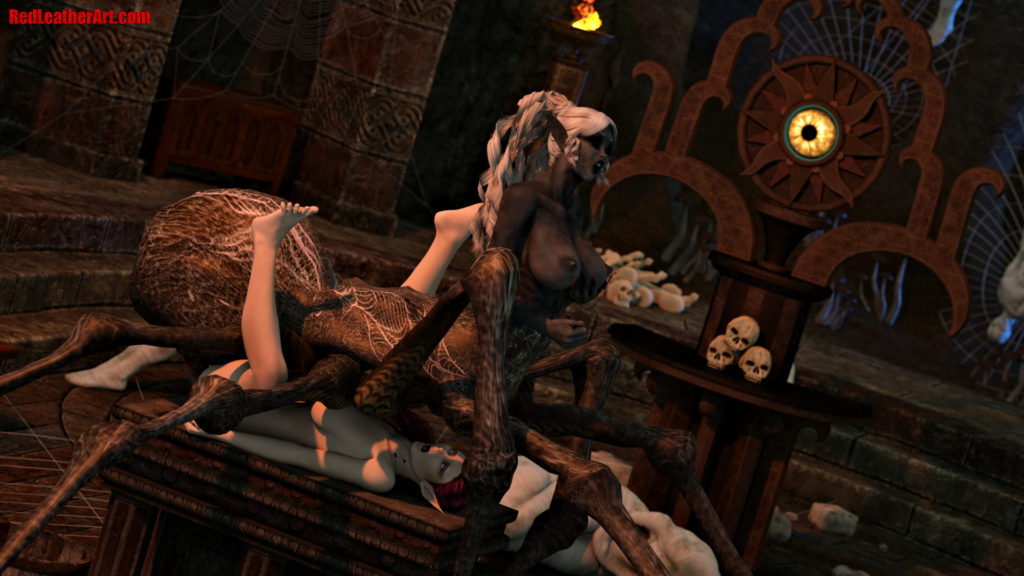