Hey. Below is the early public preview image of RTL chapter seven, working title: “Caught in a Corner”. As you can see it will feature Zayla getting caught in a rather compromising position by one of the intruders in her lair. (The tags on this post hint at what I plan to include in it, but are not necessarily final.) It will definitely run well into next month as I am still recovering from my various health issues and am absolutely not going to push it and risk anything getting messed up again. As the post title also suggests, I have also posted two new, if plain preview images from RTL 6 on DA (due to DA rules/most group standards) as well as three totally new images!

Important side note here: I may extend the short story contest, I am still undecided on this; but I think it is very likely to happen to some degree. I personally had horrible issues accessing my own site much of the time for a few weeks back there until the people who host it fixed it for me on their end using methods that will not help other people having issues accessing my site. I am assuming/hoping that the connection problems are the reason for the various drastic drops in visitors some days over the last two weeks; one day in particular around two weeks ago was the worst day for visits here since the week I started hosting this new site. So there is a week and a half left on the contest at the minimum; but likely there will be more time, so get an entry together if you haven’t already! It doesn’t have to be five pages, that is just the maximum. (It also only refers to and/or counts the story itself, not the other parts.)

Also, the polls are still very low; I can only assume nobody really cares about the file format I use and/or better written descriptions of my sets. Anyway, I should have the story-mini-set for my higher end Patrons on Patreon done in the next couple days and a preview posted here. (I got distracted and made the RTL 7 preview/ DA stuff instead the last few days.) 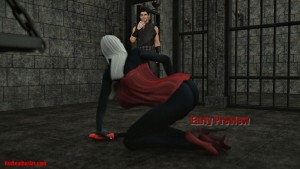