Hey.  I am back with a preview for the first mini-set of 2022 – and hopefully this will start the new year off with a bit of a bang. Way back whenever, people expressed an interest in more monstergirls – which is understandable; and I have meant to work in one sometime for many months by this point… but here it is now! (Although I admit this may not be quite what some of you had in mind – but we will get there soon enough too… don’t worry.)

As for the story/setup, here it is: In this mini-set, Faye has a strange dream in which she wakes up in her bedroom naked, and particularly horny… neither of which was overly unusual in itself; but it appeared to be nighttime, and yet a bright light was shining from outside her window… far more than any lamp should give off. Despite that, she heard none of the usual voices, commotion, or lusty moans she generally did each night. She could also feel a strange magical haze around her… and felt an inexplicable desire to go out to the bright light; but – even more odd than all that was the sounds of a fire coming from down in her shop! The busty alchemist ran down the steps to see what was burning – and found herself face to face with a curvy fire elemental!

She had not seen one in person for many years – but this one had something that the others Faye had seen previously did not… a fat, throbbing cock; which was dripping a constant stream of bright, hot precum – and the busty MILF could smell the virility of that thick shaft from several feet away. This was quite the opportunity: since despite being far more well-traveled and knowledgeable than most people in Lithorca, Faye had never actually seen a futa herself… even though she had always read about them – and also heard all the stories about how expensive they were… not to mention how fun they could be. Despite not personally knowing the creature in front of her at all, the alchemist’s mind couldn’t help but fantasize about the amazing chance in front of her – and the desire to know what that penis felt like when it was stuffed between her massive breasts, or inside her needy pussy. The elemental herself said nothing – she just stared at Faye with a curious, inviting gaze; one that seemed to show no hostility – only desire.

Behind the elemental, Faye could see a fiery magical ward on the door of her shop – clearly there to stop her from getting outside where the bright, warm light was… unless, perhaps – the elemental in front of her allowed it. This was obviously a dream – but a few pinches later, Faye was far less certain… she appeared to still have full sensation – maybe a bit more than usual; and she was becoming more and more aroused as she stared awkwardly at the nude elemental while she considered her options. For some reason, she desperately wanted to get outside to that light… but it was rather obvious what she would have to do to get the futa fire elemental’s approval to pass; and surely there was no particular risk if this was a dream… which it surely had to be. Faye was going to have to help this poor, lewd creature sate her immense desires – and only when they were both satisfied… and after the busty MILF’s womb was bloated with that warm, glowing seed would she get to leave; if she still could – or wanted to. 😀

I hope you all enjoyed that little written bit to accompany the below preview – and do consider letting me know if you do; and/or signing up to get the full thing when it is sent out for next month’s mid-level Patreon rewards! (You can also check the tags on this post to see what is planned – but that may change as always.)

Also, in case you couldn’t guess – the anniversary mini-set got bumped back to next week or so; but I hope to get that finished soon. Either way, I will be back in a few days to go over the polls and post new ones.

Also, thanks to the 3-4 people who voted in the polls; but more is always preferred – so please vote if you haven’t yet.

To conclude, if by some chance anyone else out there would actually like to help support me and/or my work on all sorts of new content, you can get assorted benefits with that; such as getting access to one of my latest/best mini-sets, (this mini-set will go out next month) and/or the remaining finished story sets, and larger versions of the completed animations I have made/posted, and/or the full games I have also made, (the micro VN and Salune’s Slave Training are still available via my Patreon page; not sure what else may come in the future at this point…) check out my Patreon page!: https://www.patreon.com/redleatherart

Any interest, comments, follows, likes, votes, or support really does help. It is hard to keep making new stuff when nobody seems to care. Following me on DA/slushe/pixiv/twitter/whatever doesn’t cost anything – and that all does help spread the word about my work… so please consider doing some of that if you haven’t already. 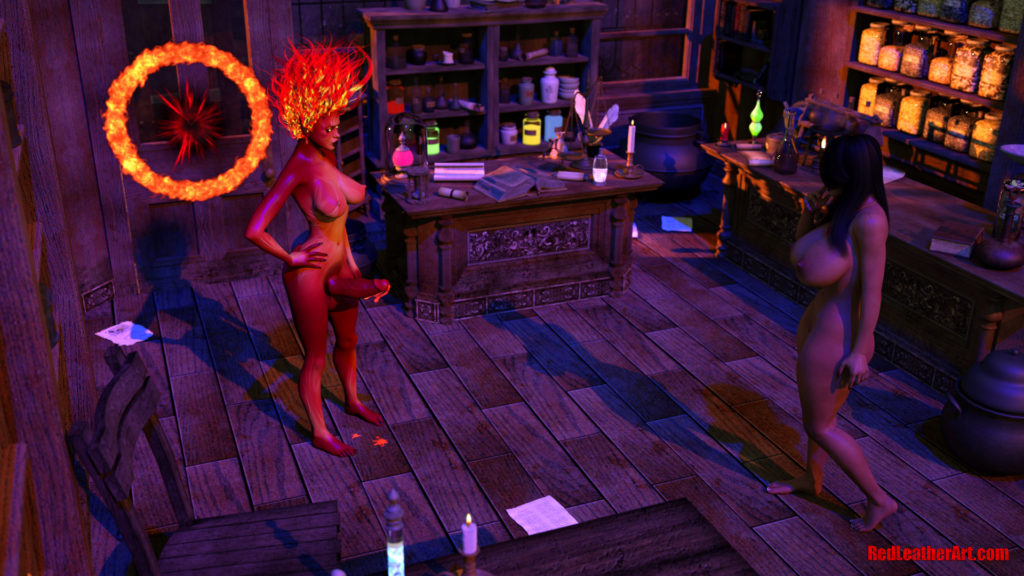 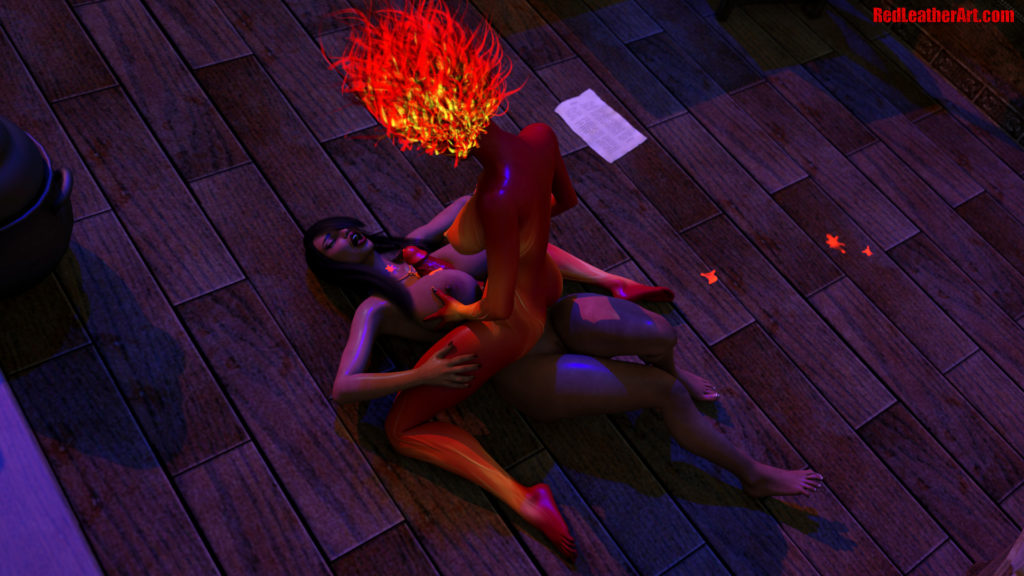