Hi again. I am back with the new preview for the first mini-set of 2021 – which is currently planned to be a solo/pinup kind of thing… starring the cute catgirl, Lucia! (With some new minor tweaks/fixes, due to me going over everything – as I mentioned before.) The basic plot of this one is simply that Lucia is traveling between villages in search of money, and/or assorted resources – when she gets a bit tired of walking after a few hours. The catgirl then decides to take a small break at the next opportunity, and stretch a bit… and maybe even relieve a bit of tension, since things for her have been rather uneventful recently. So – she sits on a bench in a small garden along the road, and quickly looks around to make sure nobody else is nearby… and then proceeds to relax and stretch a bit. 😀 [EDIT: Second preview added!]

I keep track of all the different types of mini-sets, and which characters I have done – and it is Lucia’s turn; but, it is also time for her to have another solo mini-set… the last one was almost three years ago. I will see what ends up happening with this, but I think it is going quite well so far… as you can see in the preview. 😀 Whatever it ends up being, it will go out to appropriate patrons of mine with main rewards next month. (I am also hoping this will finally let me get things a bit closer to what my schedule here is supposed to be… and slightly less late.)

So – I will be back in a few days with the poll results… and some new ones. (Again, though – more votes would really be nice…) Not sure when anything else will be done just yet – but I hope/plan to have some new side renders done before the 14th. 🙂

To end this, as per usual – if anyone out there would like to help support me and/or my work on all sorts of new content; (like the sequel to SST that I posted previews for a fair while back, and hope to resume work on sometime soon) and/or perhaps even get access to several of these mini-sets and/or lots of other rewards too, like the other finished story sets, and larger versions of the completed animations I have made/posted, and/or the full games I have also made. (The micro VN and Salune’s Slave Training are still available via my Patreon page… and I am doing what I can on the new game with whatever time I can spare – which isn’t much at all for many months now, really.) I also plan to get back into the story sets soon – however, that primarily depends when I can get the time/motivation. Anyways, check out my (soon to be updated) Patreon page!: https://www.patreon.com/redleatherart 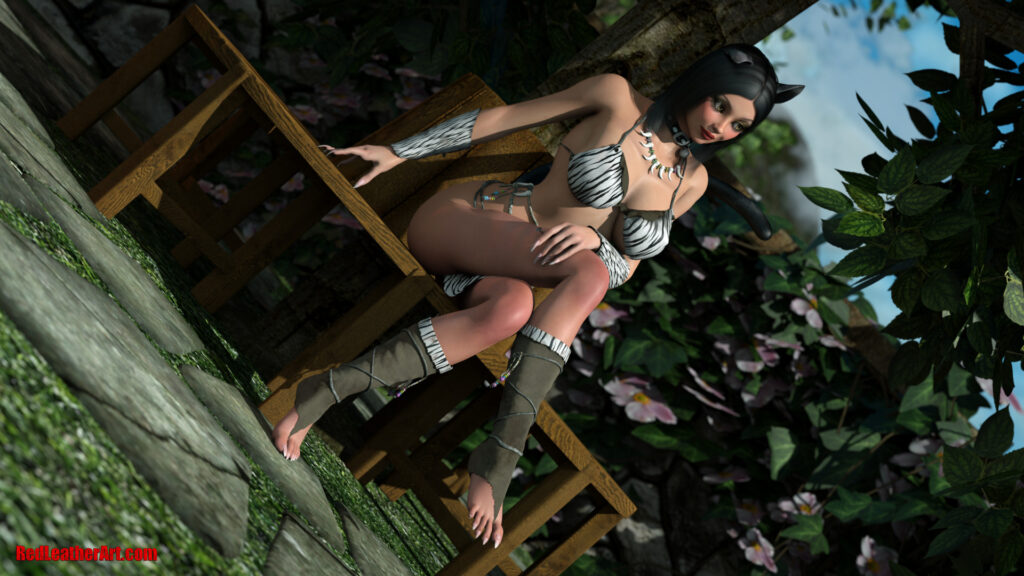 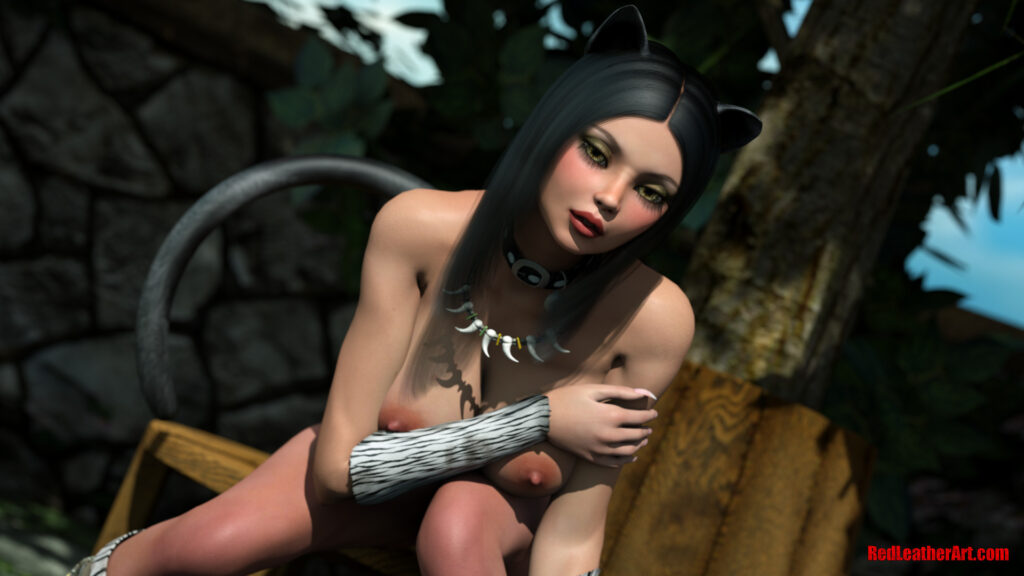