Hi again everyone – I know this is a bit later than I was planning/hoping for… but I think the renders (I made a nude alternate, because why not) below will help justify that. 😀

First off, though – the Patreon changes; which are not major, but I am hoping that they will help a bit… especially as things improve for everyone in the coming year. I changed the two mid-high tiers on my Patreon to now focus on giving old mini-sets as an extra reward… with the option of getting a standard commission instead, for the second highest. All the tiers have been renamed as well – but that was also a long time coming. The main change that I hope will go a long way is that I have put in a special, fallback extra to the $8 tier (and only that tier); which will be available any month where I do not post a new story set, or whatever to that tier… which has been the case for well over a year by this point. I know I really should have put this in sooner – but everything just went off the rails during this past year or so… and it sort of just got buried under everything else that I wanted/planned/tried to do. Plus, I honestly have been planning/trying to do the next story set for six months or so now; but I just never could find the time. That special, extra new fallback being that $8 Patrons can choose any one mini-set from the given selection to receive that month, as a bonus of sorts. (The current selection is my first 50 mini-sets… but that will likely expand over time; and/or have temporary exceptions/specials.) I think this is how things will be for a while, though… but there may be some minor edits in the coming months – there is no way to tell just yet.

For a bit of context as to why this special render (and the nude alternate) took a while – I chose to go ahead and do something that is as dangerous as it is boring… and yet very necessary; which is going over all the materials on my characters. The primary reason for this is my moving my runtime folder to a new drive, and that fucking up all of my previously saved Octane materials. The other part of it is a long and confusing story for people who don’t do 3D work, but effectively several (mostly minor) things on many of my characters have been improperly configured for a while now… (I have noticed several little things over the past year or so – and fixed them when it was a problem; but now I know what two things in particular tend to be causing it… and somehow it was just auto-configured wrong) and I have to edit their main character files to fix it. However, this runs the risk of something unintended/weird happening – and/or something getting corrupted. (I know that sounds silly, but I have actually had it happen twice now already – and I didn’t even go fiddling with the files at the time… it just happened on it’s own somehow; and the second time, I had to effectively remake the character to fix it… it was truly corrupted.)

As Helenya won the special poll for the first promo render of 2021, I did her first… after backing up her main files, of course. I think everything went quite well – and even though this took a fairly long time, it is simply necessary to finally go through everything – and make some minor adjustments too. Looking at the resulting renders after her corrections, I think it was worth it… but I admit part of this is me understanding advanced lighting a bit better than I used to years ago as well. So… things should be slightly different, and yet overall much better in upcoming renders – and that includes the xmas elf mini-set I am still working on. (Which will be a while still.) Those special renders are below, so check those out! I hope you all enjoy them. 😀

Sooo… if anyone out there would like to help support me and/or my work on all sorts of new content; and/or perhaps even get access to several of these mini-sets and/or lots of other rewards too, like the other finished story sets, and larger versions of the completed animations I have made/posted, and/or the full games I have also made. (The micro VN and Salune’s Slave Training are still available via my Patreon page… and I am doing what I can on the new game with whatever time I may be able to spare – if any.) Regardless, check out my updated Patreon page!: https://www.patreon.com/redleatherart 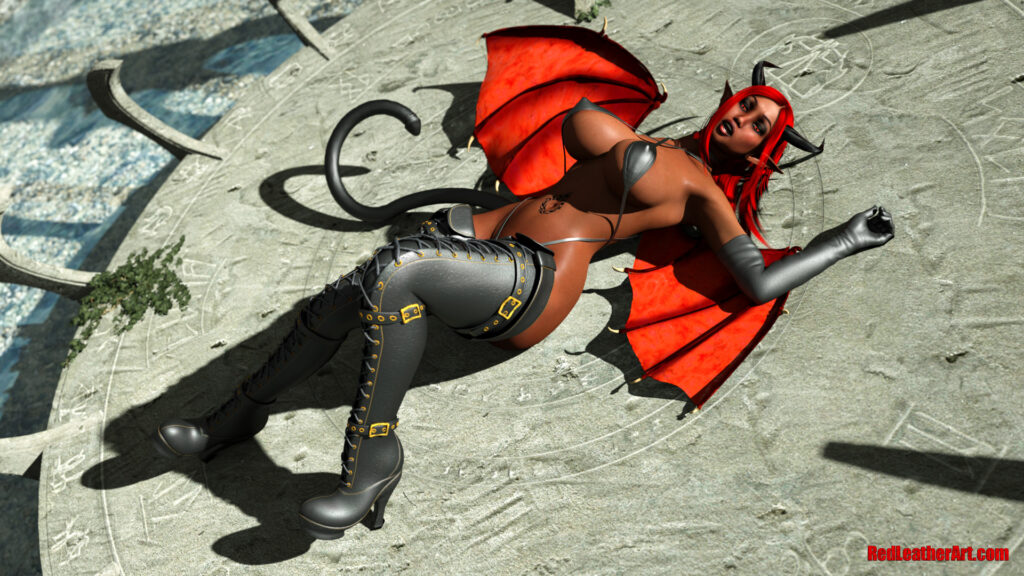 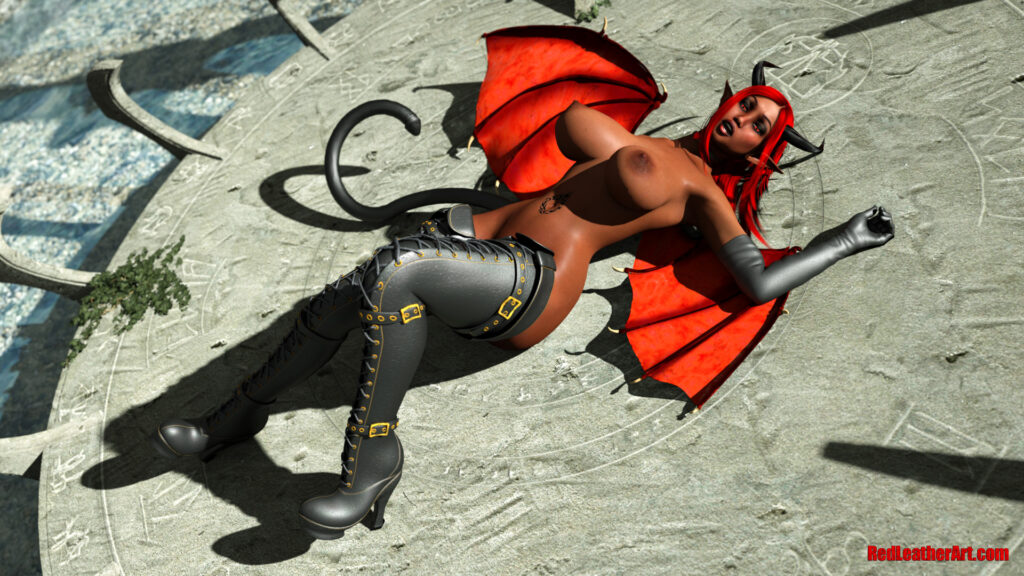