Hi again, I am back with one last post for 2020 – which contains the preview for the final mini-set from 2020! I know some of you were likely surprised/disappointed by the lack of any new Xmas renders this year containing Belle, my Xmas-themed OC… but there was a reason for that: she is starring in the mini-set this month! 😀 [EDIT: Second preview added!]

As for the setup/story for this one, here it is: in this new mini-set, Belle goes to meet one of her most senior Xmas elf sisters; a beautiful, curvy, mystical elf with blue skin and sexy tattoos named Luscious – who is one of the chief toy creators! (Who also happens to specialize in ‘toys‘ for adult females…) Belle got Xmas off last year, since she had two newborn daughters to care for – but she was back to work this year; and things were surprisingly… uneventful. Luscious was concerned that Belle had lost her motivation, and/or her taste for… ‘fun’ after giving birth and taking care of her babies at home for a year, so she invited Belle over to her magical garden bedroom (in a pocket dimension, generally only accessible to magical elves) to give Belle a belated Xmas gift of her own – a fun variety pack of new toys! The red-headed elf is overcome with happiness at receiving a gift of her own this year… even if it was a little late, and even if it is from another holiday elf – it still meant so much to her.

The elder Christmas elf’s overall plan was to use her extra curvy little sister to test out some new toy designs that she had made this season; so that they can see if they are worth mass producing and giving out to the good girls next Xmas – while also hopefully re-introducing the relatively new mother to pleasure. Belle’s newly enlarged, milk-filled tits and massive ass get thoroughly inspected, groped, and used by her elder sister while Luscious tests out her newest prototype toys on Belle… and gets a good taste of her milk while she has the chance! Several of the toys easily pass the quality test – and the needy elven mother is already looking forward to playing with her new toys later. Both of them have a great deal of fun that evening… more than either was expecting, and the voluptuous blue elf plans to seek the busty MILF elf’s ‘assistance‘ on future toy… ‘research‘. Better still, all the fun and love helps remind Belle about the true meaning/importance of Xmas – bringing joy to all those on her ‘nice’ list… by whatever means necessary; even if that means having more daughters so soon… or maybe even every year – if the stars align. 😀

The preview for that is below, and I hope you all enjoy it – the full mini-set will get finished in the next couple weeks, depending on all the assorted factors; but you can see what I plan to include in this mini-set by looking at the tags on this post… in case you can’t guess already. 🙂

I hope everyone has/had a nice night, and I wish you all a Happy New Year! It basically has to be better than 2020. I should be back in a couple days with the poll results, and some new polls; maybe even a larger post shortly after that with some information about assorted stuff – like the planned changes to my Patreon page.

To end this, as per usual – if anyone out there would like to help support me and/or my work on all sorts of new content; (like the sequel to SST that I posted previews for a fair while back, and hope to resume work on sometime soon) and/or perhaps even get access to several of these mini-sets and/or lots of other rewards too, like the other finished story sets, and larger versions of the completed animations I have made/posted, and/or the full games I have also made. (The micro VN and Salune’s Slave Training are still available via my Patreon page… and I am doing what I can on the new game with whatever time I can spare – which isn’t much at all for many months now, really.) I also plan to get back into the story sets soon – however, that primarily depends when I can get the time/motivation. Anyways, check out my (soon to be updated) Patreon page!: https://www.patreon.com/redleatherart 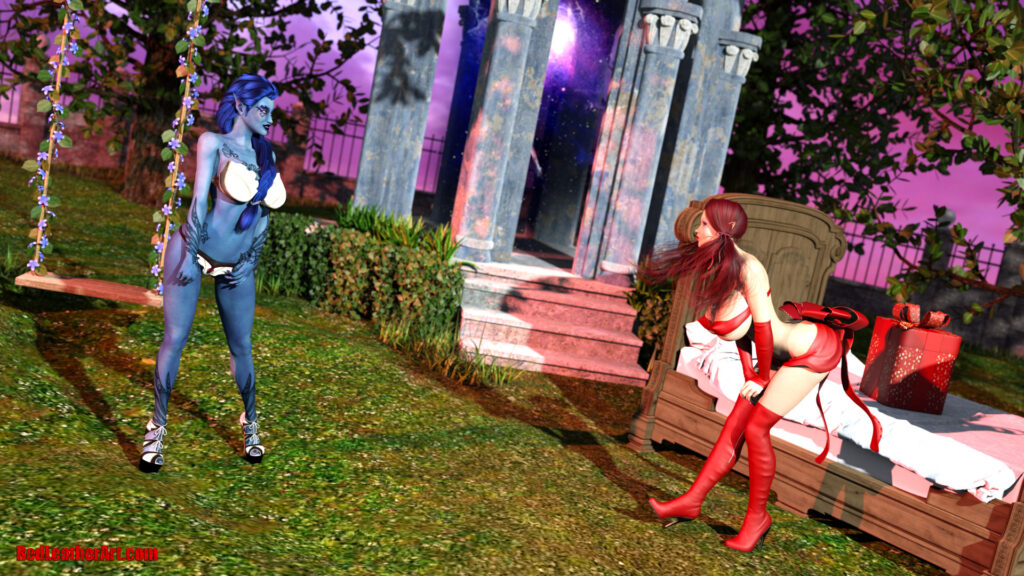 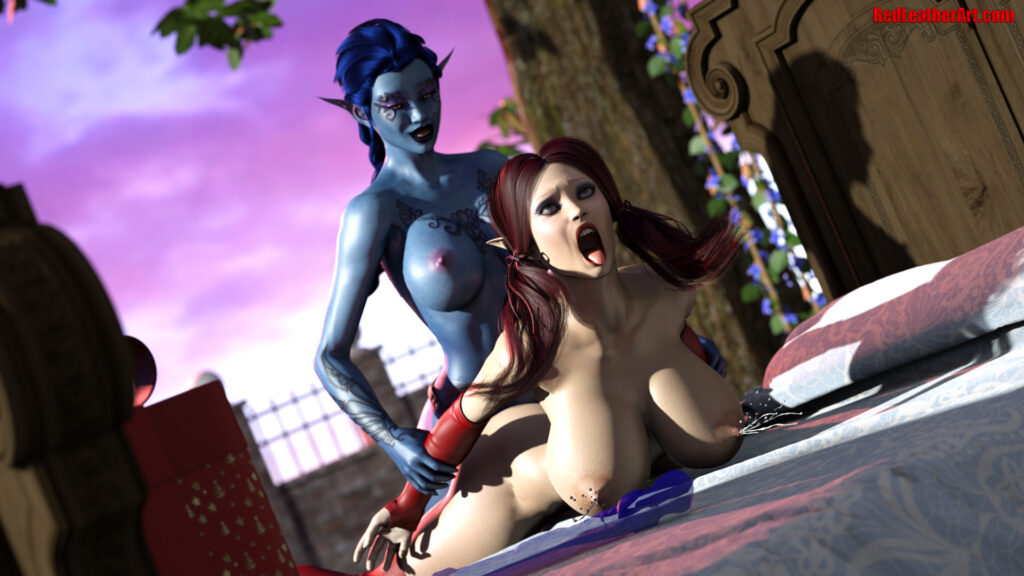