Hey again! So I know this is later that I was estimating – sorry for that, but I don’t think that is a surprise at this point… however, I think it has come out quite nicely so far. I still have around half or so of the mini-set to finalize/render, but I will put that aside until I can get the new renders for Slushe/DA done. I have no idea how many images this will be when it is done…. likely a dozen or so – but I usually just say that as a base; the totals have tended to end up double or triple that recently. I chose this scenario for this mini-set as the old tentacle cave mini-set I did with Karen was apparently one of the more popular ones I did… also I needed to do something with Helenya this time, and tentacles are just about the only major thing I haven’t done with her recently- this made sense. (According to a recent poll, people like tentacles – so this makes perfect sense in regard to that as well.) This was also a good chance for me to test out a few new tricks/props that I had… as you may have noticed. (I also have improved a fair bit since that old Karen mini-set in terms of render quality… which I think/hope shows in the preview; this should  be my best tentacle set so far.)

As you can probably tell from the preview down there, this mini-set features Helenya – and a lot of lusty tentacles. (Helenya also does not have her boots/gloves on for once… but she took them off for good reason here.) The little story for this is just the Helenya gets bored fucking random peasants/minions and decides to go out in search of a truly epic fucking session. She doesn’t have to go very far before she can sense a large tentacle monster, the size of a large room; eager to find new fucktoys and/or seedbeds – and she happily removes her clothes and walks into the heart of it’s lair to “play” with it. The tentacle eagerly reaches out and pulls her closer to breed her… unconcerned that she had sought it out of her own free will. Little does the monster know that it has “caught” something far stronger than it… and that it was effectively feeding her by fucking her senseless – rather than the other way around. The assorted tentacles hold their “captive” in place as others fuck and cream every hole they can… and spray her with a good bit of their seed as well – to mark her as it’s property. The monster also tried hard to milk Helenya’s large tits, certain that they could yield a good bit of milk – if not now, then certainly after it impregnated her. As the minutes turned to hours, Helenya was filled and covered with the tentacle creature’s delicious, addictive, thick, and ultra virile semen… and she loved every second of it. 🙂 After half a day of this hard fucking and dozens of creampies and cumshots pass, the tentacle creature starts to become increasingly concerned that it’s new toy has not passed out yet… at which point it could more easily fill her holes with it’s eggs and breed her; after which she would belong to it – for as long as she lasted. However, after Helenya had her fill of tentacle cum, and had a fair share of orgasms – she simply used her demonic strength to break out of the tentacle’s clutches and fly away… with her belly, womb, and ass totally full of warm tentacle spunk to keep her power fueled for days. 😀

Anyways… below is the preview image, from what I can tell, I am fairly sure many people will like it/the full mini-set; which will go out to appropriate patrons a bit after the 10th of next month. 😀 As for the new DA/Slushe stuff – I will post that as soon as I get the remaining images finished; likely in a few days… I hope. I have been working on assorted other stuff – as my creativity is rather high at the moment; due to not being able to do much this month… I will see if I can post some previews from some of what I made somewhere soon. I am still trying to catch back up with all this after losing most of the month; but on the plus side, I have had more time for myself this past week – so things are looking better finally.

As I usually end these with, if any kind/awesome people out there would like to help support me and/or my work on all sorts of cool new content; (like the new slave training game I have posted previews of a couple months back) and/or perhaps even get access to several of these mini-sets and/or lots of other rewards too, like the larger versions of the completed animations I have made/posted and/or the full games I have also made (the micro VN and Salune’s Slave Training are still available via my Patreon page, I am now restarting work on my upcoming game once more now that I think this whole mess with my surgery is over… and I hope to have a beta of this newer slave training game within a couple months; but we will see what happens) – anyways, check out my Patreon page!: https://www.patreon.com/redleatherart 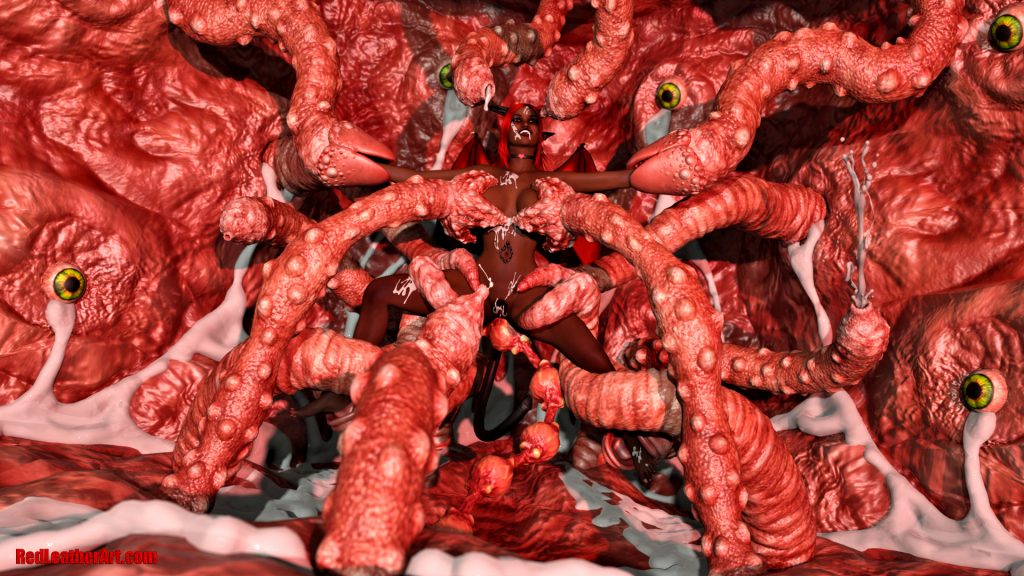