Hi again. Sorry for the long gap in posts, but things had not really changed since my previous post regarding my surgery. (I wasn’t able to sit/stand for long periods of time – so there was not much I could do with/for this.) I thought things were getting better late last week, but then on Thursday night I had strange sharp pains in my leg… and had to go back to see the doctor once again – two days after already seeing him. Nothing was apparently wrong, (weird feelings are expected during the healing process apparently) but that strange stiffness and pain continued throughout the weekend… and needless to say, that did not help me get work done. I think things are now finally getting better – and that I can now basically get back to working on this again… but who knows what can happen. (Nothing I can do about this – and it is obviously best to do whatever I have to in order to get better.)

As for the mini-set – first things first, I know I wanted/planned to do a short story for this month’s mini-set… (and technically I kind of did, but more on that in a minute) but this mini-set does not have one; hopefully I can get that worked in for next month’s mini-set instead. Long story kind of short, I wrote a short story for a sci-fi mini-set last week that I had planned before this whole surgery mess happened… but then when I went to try and actually make the mini-set over the weekend – I had assorted issues; and I was not happy with what I came up with initially. My efforts to fix it were unsuccessful and so I had to shelve it for the moment and go with plan B… which also had some slight issues – and so I had to change the scene for this mini-set as well; but I think that worked out for the best here. Sorry for not having the short story to go with it this time around as I wanted, but due to real life and technical issues, that just did not work out this month. I will see if I can fix that sci-fi mini-set for next month… or just write something else for whatever I do instead. 🙂

Anyway, the little story/set-up for this mini-set is that Lucia is out hunting for supplies when she comes across a seemingly abandoned camp at the end of the desert next to a cave… so she searches through all the junk and attempts to find a way to open the chest that was left behind. However, her efforts were cut short when the camp’s residents return from foraging to find a thieving catgirl trying to steal their loot! Lucia assures them that this was a misunderstanding… and promises to make it up to them – with her body. She attempts to satisfy them with blowjobs… but they have little interest in oral sex; so they lift her up and the troglodytes fuck each of her holes quite hard with their big, filthy cocks – and eventually both holes at once! (But Lucia still kind of enjoys it.) The mini-set isn’t finished yet, so I have no idea how many images it will be – but I estimate around eight right now; although the total tends to go up later anyway. [EDIT: the mini-set ended up at 30 images. :D]

As for other things, I obviously have not had time to finish the new DA stuff yet (or do much of anything else new) – since I have only just gotten most of the mini-set situated due to all the real life issues I have had these past two weeks; but I hope to have those done in the next few days. I also fixed a few minor issues on the site in regard to the layout/formatting… if anyone noticed. (One to theoretically aid in reading short stories on the site…) As for other new stuff – I now have a page on Slushe as well – here: https://slushe.com/RedLeatherArt. For those who don’t know, slushe is an up and coming adult artwork site – much like DA or HF… except without the really bad aspects of both of those sites – so check it out. 😀

So… as per always, if any kind/awesome people out there would like to help support me and/or my work on all sorts of cool new content; (like the new slave training game I have posted previews of a couple months back) and/or perhaps even get access to several of these mini-sets and/or lots of other rewards too, like the larger versions of the completed animations I have made/posted and/or the full games I have also made (the micro VN and Salune’s Slave Training are still available via my Patreon page, I am now restarting work on my upcoming game once more now that I think this whole mess with my surgery is over… and I hope to have a beta of this newer slave training game within a couple months; but we will see what happens) – anyways, check out my Patreon page!: https://www.patreon.com/redleatherart 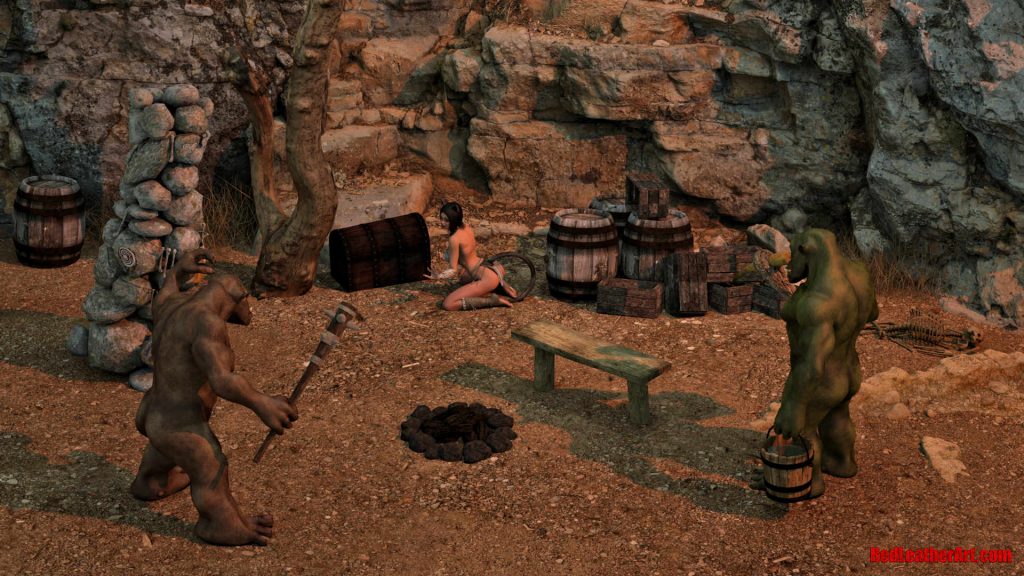