Hi again. I am back with that early preview I mentioned earlier for one of the three new slave girls for the new slave training game that I am currently working on – the other two as well as two event previews that I posted last night are available to my Patreon patrons. I present to you all – the half elf slave girl! (The preview is at the bottom of this post.) This is an early preview one of hopefully a few standing images for one of the three different currently planned slave types/races. (Human, half-elf, elf) I did change the one human girl a bit since her early preview – but that was just to balance things out after the elf varied so much from what I initially planned. (I think the elf is my favorite with the one tattoo I made for her – and just as a heads up, the half-elf is the bustiest of the three; each one is a little different in terms of style/appearance.)

As for some other things to note about the new game – I am planning to have cumshot/creampie variations of most event images; at least where it would make sense. (This was one bit of feedback I received quite a bit for the old game – I would like to have additional bits like close ups and/or x-ray bits as well but that would all be for possible later expansions I think… but we shall see.) I also hope to get an animation or two in to this game to test that out as well – but I will see what happens and/or what I have time for. I am also in talks to get more voice work done – which hopefully will get situated within the next month or so; and that may translate into more than just this upcoming game… we will see how/if this all works out.

Just to recap what is coming up soon – I hope to have the mini-set preview posted sometime next week as well as the new DA stuff; with the anniversary mini-set to come sometime later this month when I can fit it in between the other stuff and the game event scene renders. So check back for that, vote in the polls on the right if you haven’t yet – and if you want to help support my work, and get access to a bunch more content that I have made, (including the previous game) check out my Patreon page! (Just a reminder that the mini-set list resets starting next month – so this is the last chance to get many of these older mini-sets in one bunch.) https://www.patreon.com/redleatherart 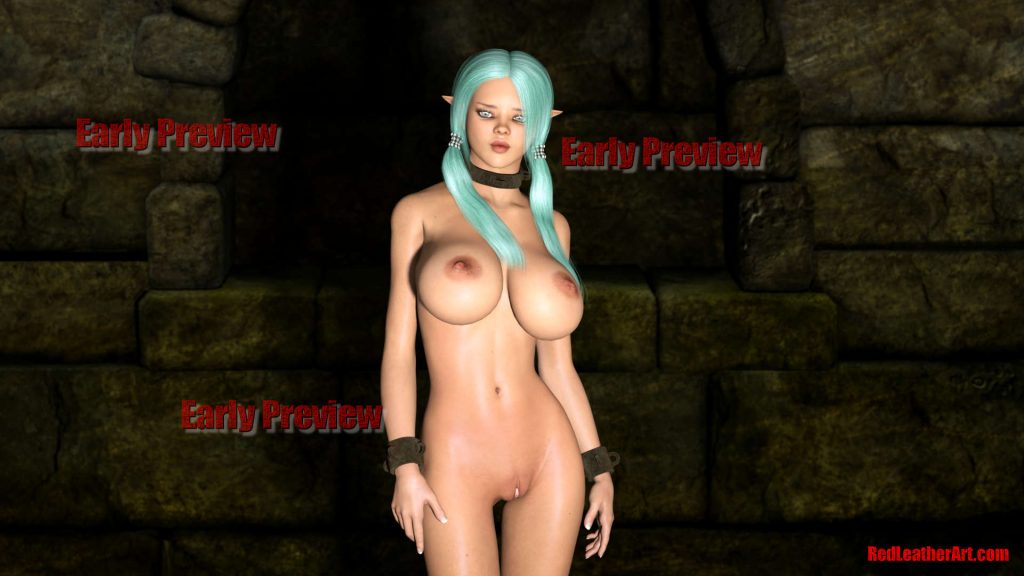