Hi! So I finally got the mini-set for the month situated, after spending way too long on it in many different ways. The theme and subject of this mini-set was voted on by some of my mini-set level patrons, which ended in a tie so I had to break it and pick one of the two tied options; (it lost the last tie it was part of so I picked it this time) and that means I got to do my first modern “mini-set”! As noted, I spent way too much time on this and it is currently eight images… though that might go up and likely will knowing me. (I am currently struggling not to make this a sort of story set… I kind of really want to but I shouldn’t.) The public preview is below, check it out!

The pitch for this other than “modern test set” was that a sexy spy gets caught infiltrating a fancy yacht and gets fucked by the ship’s crime lord owner… and his men. So there is assorted multi-guy on one girl, non-con fun here… and it might even get more fun if I add more to it; but check the tags on this post for some hints as to what happens in here… in case you can’t guess. I think I did really well here; although I did try fairly  hard as this was my first realistic attempt at a modern image set. (I have done a few modern cosplay images… but never a full, explicit scene as far as I recall.) I like this a lot more than I ever thought I would… and as noted above, I am fighting against my urge to write in the story I made for it… I already do far more than I should for these as it is. (What are supposed to be four image mini-sets have been around a dozen images recently…) I think this is pretty great for my first modern attempt… and I hope to do more later on if people like it. 🙂

This mini-set will go out to appropriate patrons starting with main rewards next month… probably somewhere around the 11th. Other than that, I should be back in a couple days with new polls and another update of some sort; I have a bunch of stuff that I have been working on besides this – so a lot of things are cooking right now. So vote in the polls on the right if you have not done so yet for whatever reason, they only have a couple days left!

As per always, if you would like to support me and/or my work on all sorts of spiffy new future content; and perhaps even get access to these mini-sets (or the polls to help decide them!) and/or lots of other rewards too, like the larger versions of the animations I have made/posted and/or the full games I have also made – check out my Patreon page: https://www.patreon.com/redleatherart 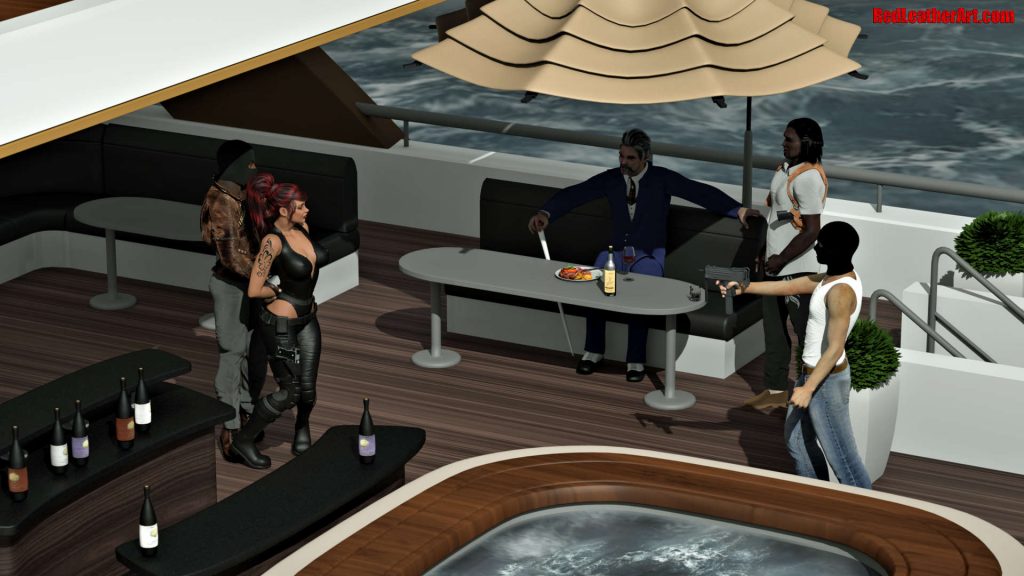