Hey. Before I get to the main point of this post, some updates. Sorry for the long gap between posts, but assorted crap happened and I was trying to fix two other animations. One was decent but not great, so I added it to my mid level patron’s content but have no plans to release it publicly. The other one, I thought I could maybe at least get one part working, but over the last two days it just simply fails to render; now causing hard graphics kernel crashes, which is very odd and quite disturbing. So that is shelved until further notice, leaving me with not much to show for the last two weeks except the new scene set for the game… but sometimes that is just the way it goes. As mentioned, the “toys” scene set is in the current game beta that my mid level patrons have, making five scene sets in the current total; and I hope to add another four event sets or so later this month. This week I plan to do the new DA stuff, then likely get the mini-set out of the way once the Patreon poll for that is done, and then after all that work on the game again. I do not know if I will post more public previews of it, as I have already posted four as it is… but we will see. So check back here/my DA page for some updates later this week/early next week. Please vote in the polls in the mean time, though they are looking good already.

In the mean time though, below are the original four previews for RTL 10, and the download link. Before that though, I have to do a NEW Patreon bit. Since I now have the “charge up front” thing enabled, you can now jump into my Patreon at ANY time, and it will charge you then for the current month. After that, just send me a PM on Patreon and I will send you the appropriate rewards message within 24 hours. This means that you no longer have to wait weeks to get rewards and that you all potentially have more than the one month I thought to join my Patreon and get all these older mini-sets before they get wiped in February of next year. To summarize that again, the January message will be the last one containing all the old mini-sets, (and a couple full size story sets) and starting with the following month’s rewards, the list will reset and only a few newer ones will be included. So potentially you could opt in at any time in the next month and a half or so and still get all that, as well as access to the game beta and a bunch of other stuff; if any of that interests you, or if you just want to help support me, please check my Patreon page!

Also, I will also almost assuredly redo my Patreon page early next year in some fashion; I do not know if this will mean editing the reward tiers, or just the main page a bit, but I really feel that a some kind of overhaul is needed. I have updated/edited my Patreon page all this time to try and keep it current, but I think I will cut down on the wall of text on the main page and redo much of it try to streamline it a bit at the bare minimum. Just FYI though, after RTL is fully posted free, I am pushing back new free releases to a year at the very least. I think giving out almost 20 full (mostly) story sets for free is enough of a preview; so I am going to try and keep it a bit more inclusive to Patreon for a while and see how that goes. Before that though, here is the download link for RTL 10, the password is still redleatherart. 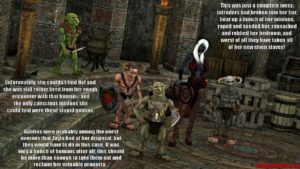 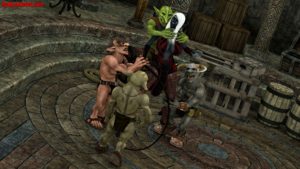 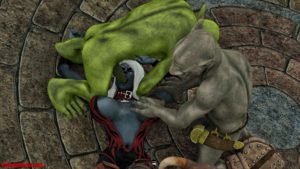 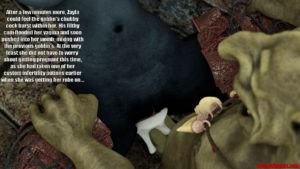