Hi again. Here is the public post of the early preview for the next RTL chapter; as voted by my Patreon patrons last month, the main scene focus in this set will be Zayla and some goblins. Zayla’s depicted attempt to stop the intruders from escaping clearly won’t go as planned, but I think the way it works out will be better for everyone. I am hoping to have this next story set done sometime late next week, with the mini-set for the month likely done sometime between now and then. Anyway, here is the actual preview; so check this out and vote in the polls and check back later for the mini-set preview and/or the final previews for RTL 10! 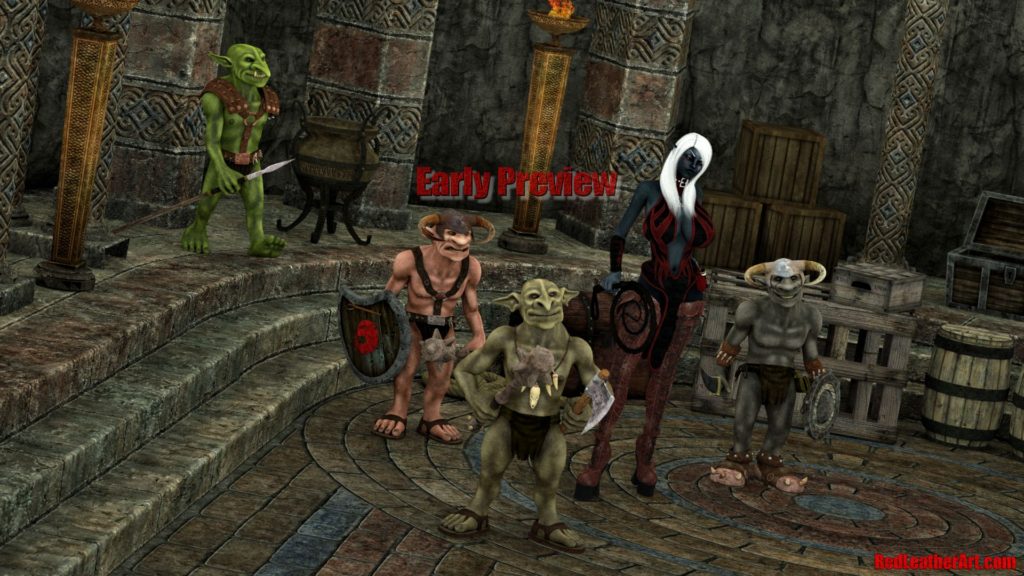